Is it finally time for a Phillies, Cole Hamels reunion? 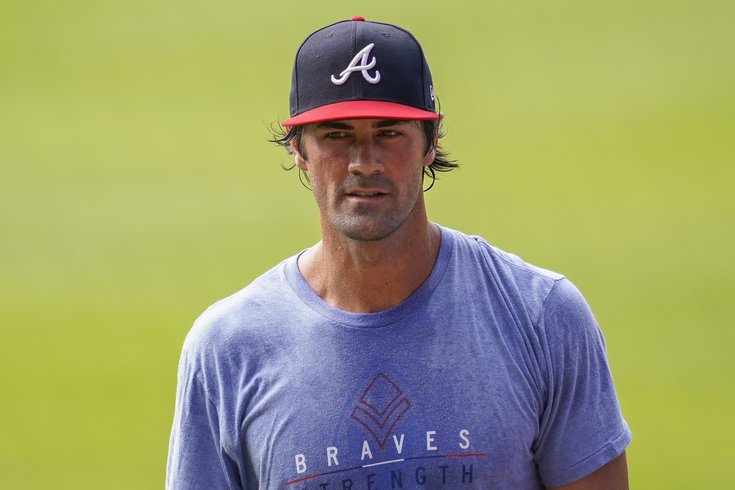 Cole Hamels is a free agent and could be a perfect fit with Phillies.

Phillies fans have been contemplating it for years, but the time may finally be right for them to bring back World Series MVP Cole Hamels.

He may not be as high an impact signing as he would have been in previous years — he is 37 and coming off a season in Atlanta that saw him battle injuries off the field most of the year — but he still wants to pitch, and with Jake Arrieta gone the Phillies are in need of an elder statesman in the rotation. And also a lefty.

Hamels made just one start with Atlanta last year, a losing effort, but projects to be healthy in 2021. With the market more or less being set earlier this weekend by Robbie Ray, there is a possibility Hamels' age and the pandemic allows a team to ink Hamels for something close to the $8 million Ray signed for.

That would be a great deal for Hamels, who played last year under a $17 million price tag.

The Phillies are top-heavy with their starting rotation heading into 2021, with aces Aaron Nola and Zach Wheeler under contract, prospect arm Spencer Howard expected to get another chance in the big leagues, and then the usual mush of Zack Eflin, Vince Velasquez and some unproven players like Adonis Medina and JoJo Romero vying for a spot in the starting five. The team also is lacking a pitching coach, after the surprise retirement of Bryan Price in October. Hamels could lend a hand at that as a player-coach of sorts and help whomever is hired teach the young hurlers.

If the Phillies aren't interested in making a big splash pitching-wise like Trevor Bauer — and with their priorities at shortstop and catcher (sign Realmuto!) — Hamels fits the bill and would certainly be a welcome return for fans who remember the contributions he made during nine seasons in Philadelphia.