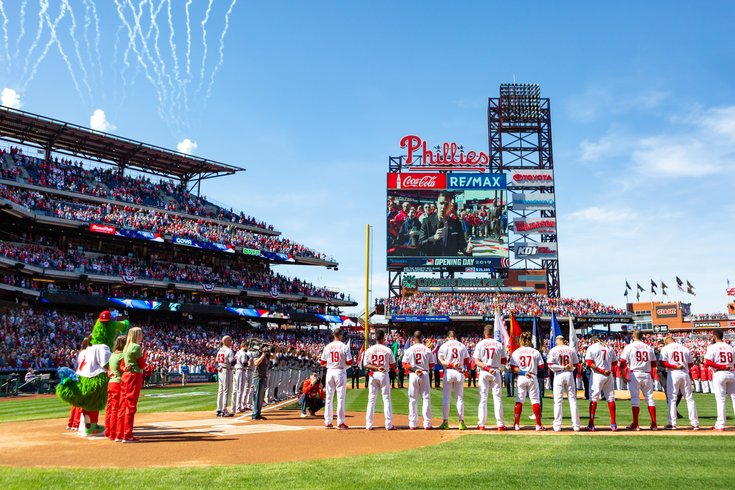 The 2019 Phillies line up for the National Anthem at the start of the Home Opener, Thursday, March 28, 2019, at Citizens Bank Park.

It's finally here. Opening Day has arrived and there hasn't been this much buzz around the Phillies in quite some time.

This afternoon, the Phillies will start their 2019 campaign when they host the Braves at Citizens Bank Park. Aaron Nola, who finished third in the NL Cy Young voting, will get the start as the Phillies roll out a new-look lineup that should be able to compete with any team in baseball.

There will be a lot going on down in South Philly, as fans flock to the ballpark early to begin tailgating. You can follow all the action from the parking lots in Brian Hickey's live blog. For everything else, we'll have you covered right here with live updates and analysis from CBP.

In the meantime, we've got plenty for you to read in our Phillies season previews...

We also have plenty of other coverage to help you pass the time until first pitch:

And now, onto the action...