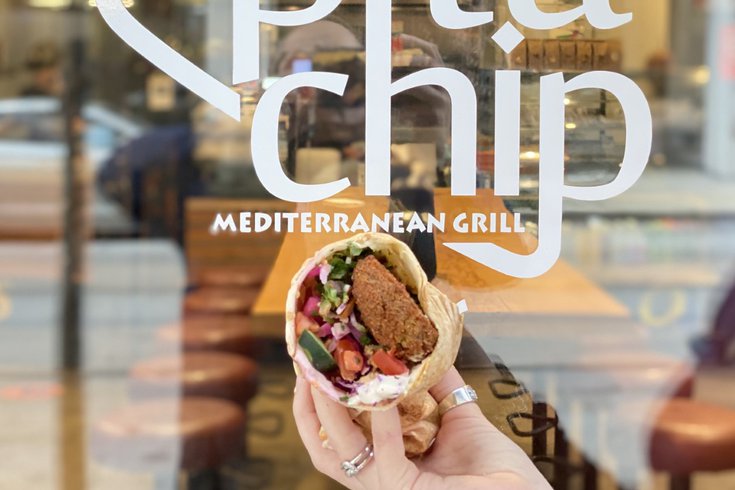 One of the falafel wraps available at Pita Chip, a local Middle Eastern food chain giving out free food on Friday to mark the anniversary of its owner and founder's arrival in the U.S.

Pita Chip, a local Middle Eastern food chain, is giving out free grub on Friday to mark the anniversary of owner and founder Omar Alsaadi's arrival in the U.S.

“Every year, I like to do something to celebrate living my American dream," said Alsaadi.

There are currently two locations of Pita Chip, one at 3601 Market Street in University City and another at 1600 North Broad Street near Temple.

Both stores will be giving out a free falafel wrap or bowl to its first 79 customers, but those who won't be able to make it when the shops open at 11 a.m. shouldn't fret. Throughout the rest of the day, wraps and bowls will cost just 79 cents.

Although the giveaway is mainly an opportunity for Alsaadi to celebrate the country he's made his home, he added that the promotion will be a ray of sunshine for students in the surrounding areas who are heading into finals.

"A free or almost-free meal is a nice way to get anyone through the stresses relating to exams," he said.

Alsaadi probably remembers the end-of-semester crunch well, as he first arrived in the U.S. in December 1979 from his native Damascus, Syria, to study engineering at the University of Texas.

After graduating, his first business endeavor was opening a number 7-Eleven franchises.

He then moved to the Philly area in 1990, but it wasn't until 2015 that the first Pita Chip location opened on Broad Street. He expanded to his second location in 2018 and now has 50 employees.

Although Alsaadi hails from Syria, he said Pita Chip includes culinary traditions from across the Levant and beyond.

While the chain's turnip pickles and falafel are based on recipes from his home, his buffalo sauce-flavored hummus would be completely foreign to most of his compatriots.

He added that there's more spice in general on his menu due to the influence Asian-American cuisine has had on him during his time here.

Alsaadi plans to keep expanding his menu. On top of more fry and pita chip flavorings, additional toppings and a new kids menu, he has created a recipe for a milkshake flavored with tahini, a Middle Eastern paste made of crushed toasted sesame seeds.

Additionally, Pita Chip is set to open a new location outside of Philly for the first time, with a store coming to Yardley in the spring of 2022.