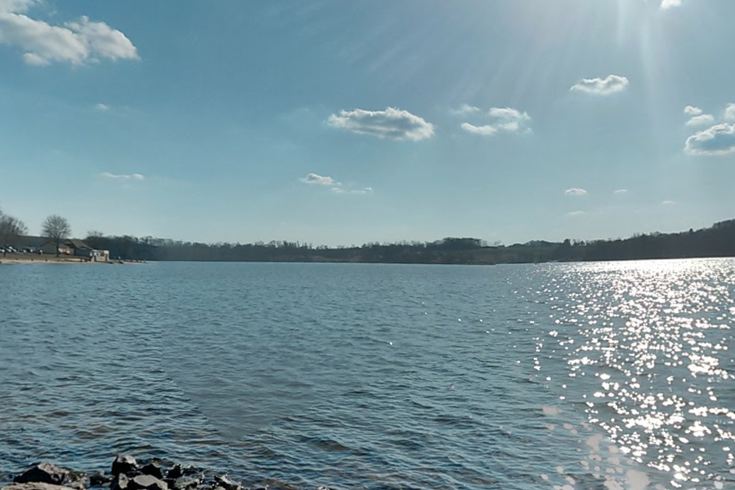 Sunoco has agreed to a $4 million settlement with Pennsylvania that will require the company to clean a portion of Marsh Creek Lake in Chester County, where at least 8,000 gallons of drilling fluid were spilled during the Mariner East pipeline construction.

Sunoco agreed to a $4 million settlement Monday for spilling at least 8,000 gallons of drilling fluid into Marsh Creek Lake in Chester County during the installation of its Mariner East 2 pipeline.

The agreement with Pennsylvania requires Sunoco to dredge at least six inches of sediment in about 15 acres of Ranger Cove, which makes up a small portion of the 535-acre lake. The restoration is expected to begin in April and be completed by July.

Sunoco also must replace all fish, turtle and bird habitat structures that will be impacted by the work and it must restore the lake's shoreline and streamside forest buffers.

The $4 million payment will cover natural resource damages that occurred when drilling fluid and mud flowed into the cove as Sunoco installed the pipeline beneath the lake.

The money will be put toward revitalizing wildlife and visitor experiences at Marsh Creek State Park, Pennsylvania officials said. The proposed improvements include stream and shoreline restoration, an accessible boat launch and a public visitor center.

Sunoco also must pay a $341,000 civil penalty for permit violations. That fine will be put toward Pennsylvania's clean water fund, state officials said.

The settlement allows Sunoco to continue constructing the pipeline at the site, but with a new route and installation method. The company will employ an open-cut method in which no drilling fluid is used and the pipeline will not travel beneath the lake. Sunoco had used a horizontal directional drilling method below ground when the spill occurred.

The 8,000-gallon spill initially was discovered by state officials in August 2020, forcing Ranger Cove to be shut down. But investigators said in October that as many as 80,000 gallons of drilling fluid may have leaked in and around Marsh Creek Lake from 2017-2020.

Located in Upper Uwchlan Township, Marsh Creek Lake is a popular year-round location for fishing and sailing. It also serves as an important living space for migrating birds. The nearly 1,800-acre park has more than 1 million visitors annually, according to the state.

"Southeast Pennsylvania lost a significant recreational resource when the impacted area of the lake was closed due to the drilling fluid impacts, and many residents and community members expressed the need to restore those opportunities," Department of Conservation and Natural Resources Secretary Cindy Adams Dunn said.

Energy Transfer, which owns Sunoco, was charged in October with 48 counts of environmental crimes for allegedly contaminating drinking water after thousands of gallons of drilling fluid spilled underground during the Mariner East pipeline's construction across southern Pennsylvania.

The company has been accused of illegally releasing industrial waste at 22 locations in 11 Pennsylvania counties, including Chester and Delaware counties. State officials said Energy Transfer allegedly failed to report the incidents.

Energy Transfer encountered an array of problems with the pipeline in recent years, including the Department of Environmental Protection ordering work to stop in January 2018 and the emergence of a sinkhole in Delaware County in September 2019.

Between May 2017 and November 2018, two of Energy Transfer's pipelines in Pennsylvania and Ohio – including the Mariner East 2 – racked up more than 800 state and federal violations.

The FBI opened an investigation in 2019 into Pennsylvania's approval of construction permits for the Mariner East pipeline projects. Also that year, Energy Transfer employees were accused of illegally paying Pennsylvania constables to act as private security officers at pipeline construction sites.

A separate pipeline operated by Sunoco leaked 33,000 gallons of gasoline into Darby Creek near Philadelphia International Airport in 2017. And its Revolution Pipeline exploded in western Pennsylvania in 2018.