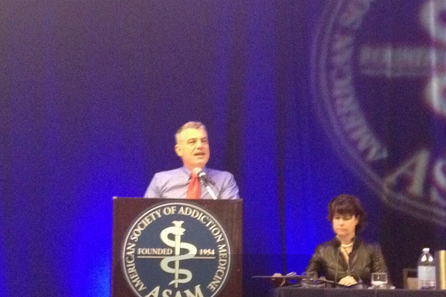 Read More
How experts define the nature and scope of addiction has changed significantly over the last decade. In the past, addictions were typically associated with varying levels of substance abuse, but researchers and clinicians have come to include other forms of behavior under the umbrella as well.
A new book led by two scholars from Rutgers New Jersey Medical School and the University of Pennsylvania explores how a "dirty dozen" behaviors, from indoor tanning and exercise to work and kleptomania, can actually share characteristics with substance addictions.
Petros Levounis, who chairs the Department of Psychiatry at Rutgers NJMS, once strongly opposed linking the different forms of addiction together but changed his mind after reviewing data about behavioral disorders.

"That's both on clinical grounds, in terms of what we see in the presentation of our patients, and also on the basis of the neurobiology of the disorder," Levounis said, "the science of how we understand addiction in 2015."

Together with Michael S. Ascher, clinical associate in psychiatry at the University of Pennsylvania, Levounis gathered case studies from 31 authors for a book called "The Behavioral Addictions." Taken together, the various studies examine how extreme patterns presented by addictive patients provide evidence supporting the need for better diagnosis and treatment of behavioral issues, particularly where they diverge from the treatment of substance abuse.

Levounis was first to investigate compulsive behavior through his work addressing crystal methamphetamine addiction among gay men. When he found that many of his patients had corresponding sexual compulsions, he recognized the need to understand these behavioral issues in order to treat the substance abuse condition.

Though he formerly rejected comparing what seemed to be separate domains, Levounis is now challenging resistance to accepting behavioral addictions as medically-based disorders.

“There’s a stigma of mental illness and that’s what we are fighting for,” Levounis said. “We’re fighting for our patients and fighting for the legitimacy of a number of these disorders so they can be properly diagnosed and treated.”

While current forms of treatment rely primarily on individual and group therapy, motivational interviewing and help groups, "The Behavioral Addictions," accompanied by a series of videos, points to evidence-based interventions and other neurological insights to better draw the line between healthy and unhealthy obsessions.