Is Mackanin crazy? Why Phillies manager thinks team will be better than expected 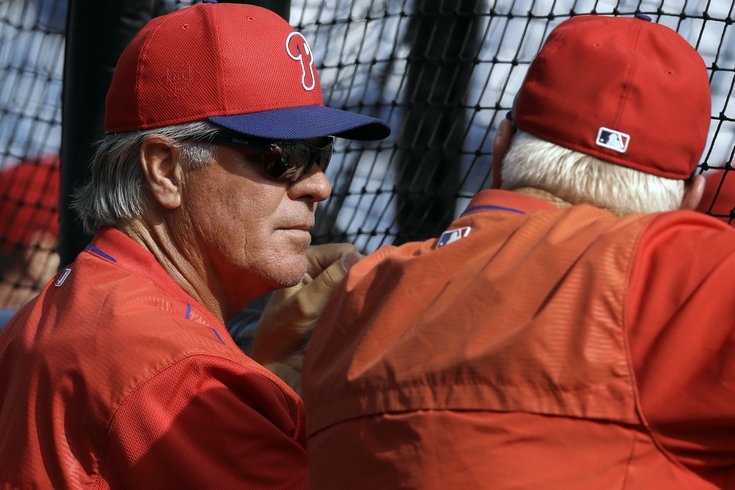 Five years ago, the return of baseball to the Delaware Valley meant something quite different than does in 2016.

When the reigning World Series champion Phillies returned north from Clearwater to face the Tampa Bay Rays as part of MLB's On-Deck series, they did so in front of more than 39,000 fans at Citizens Bank Park. During their 8-7 loss to the Baltimore Orioles on Friday night -- a night in which the only other local team battling for the fans' attention was the 9-66 Sixers -- the Phillies drew considerably fewer. 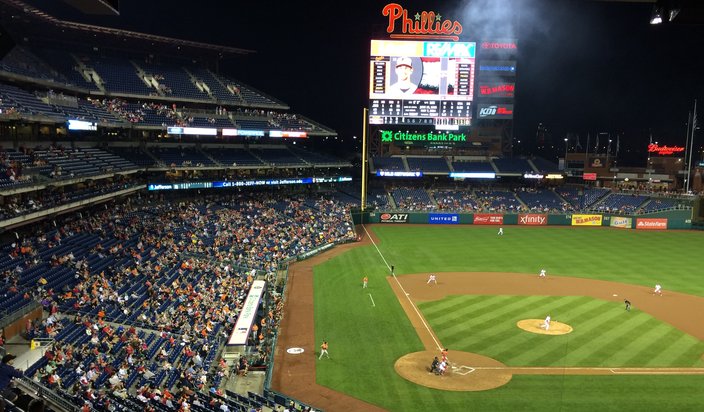 And that's -- at least in part -- due to the fact that the Phillies have gone from World Series champs to the worst team in baseball in the interim.

Gone is the core of veterans -- with the exception of Ryan Howard and Carlos Ruiz -- that brought this city its first title in 25 years. In its place is a team full of young talent, unproven but promising and a manager embarking on his first full year at the helm after replacing Ryne Sandberg midway through last season.

The Phillies finished their 2015 campaign with a 63-99 record and most analysts don't see them faring much better this time around. According to VegasInsider.com, manager Pete Mackanin's team is projected to win 66.5 games this season, which isn't actually the worst in baseball. In fact, it's not even the worst in their own division; that belongs to the Atlanta Braves and their projected win total of 65 games.

Considering the starting point, a three-win improvement won't get your average Phillies fan excited. But as Mackanin has said all spring, he believes his team is going to be better than that.

It all starts with pitching, and despite dealing their ace Cole Hamels to the Rangers prior to last summer's deadline, it's an area in which Mackanin sees improvement.

“I believe our starting pitching is going to take us deeper into games," he said prior to Friday night's exhibition game against Baltimore. "That's going to help our bullpen pitch in roles that they are more comfortable with rather than using a seventh or eighth inning guy for two innings in the fifth inning. ... That's what we went through last year. I don't foresee that happening this year."

Mackanin also believes his team will be more competitive this season. And if that's the case, the Phillies may find themselves with more chances to steal a win late in games. Here's more from his pregame session with the media:

"If you look at our games in spring training -- and I kept commenting to [pitching coach Bob] McClure and Larry Bowa about that -- even though we were down in some of those games, like the Houston game, we're down, 3-0, it was nice to see that we had a chance to score three runs or four runs late in the game because we were within reach instead of being down by five or six.

“So I am anticipating more close games late in the game where we have an opportunity to make something happen. You are down by five, six, seven runs in the seventh, you can't hit and run, you can't steal, you can't do anything when you have a predominately small-ball team, that's part of our offense, and if you can't do that, then you don't have a lot.

Even if the Phillies don't win many more games than they did last year, just having them be competitive on a nightly basis will be a marked improvement over 2015.

But it doesn't just have to be about wins and losses. Simply knowing that you're watching the future of the organization rather than its past -- and the excitement that guys like Maikel Franco and Aaron Nola will bring -- will be a moral victory for fans.

So is Mackanin crazy for thinking his team will be better than most believe? Not at all.

The losses may wear on these young players as the season goes on, but unlike many of the veterans who dominated the clubhouse last season, they'll still remain hungry. Most haven't made it to a big payday yet and there are many that still need to prove they belong on here beyond this season.

There's no telling how many wins that will be worth.

He isn't promising miracles, just a slightly better product than what fans became accustomed to last year. It may not lead to 20, 15 or even 10 more wins, but it's a start.

And there's nowhere to go but up.