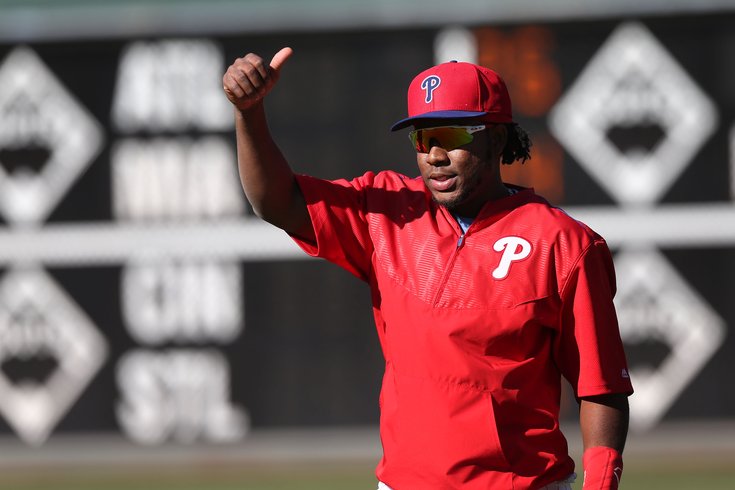 Phillies third baseman Maikel Franco was pulled in the seventh inning of his team's 8-5 win over the Detroit Tigers after suffering an ankle sprain while sliding into second base.

The play came following a sacrifice fly by Tommy Joseph that scored Freddy Galvis. After an errant throw from center fielder Cameron Maybin to try to nail Galvis at the plate, Franco, who had reached on a single earlier in the inning, advanced to second on the throw, but came up limping after an awkward slide.

Franco remained in the game for the rest of the Phillies' half of the inning -- and Joseph even brought his glove and hat out to the field for him -- but Pete Mackanin instead opted to put Cesar Hernandez in the game at second and move Andres Blanco, who got the start in the series finale, over to third.

According to Meghan Montemurro of the The News Journal, Franco has been diagnosed with a "mild" ankle sprain.

Regarding the severity of Franco's ankle sprain, it's being called "mild." #Phillies

With the first-place Cubs on the horizon, Franco seems upbeat about his chances to play in Wrigley.

Maikel Franco said he expects to play on Friday.

That's good news, especially for a guy who was suddenly hitting after working through a recent slump. Franco has recorded a hit in six of his last seven games, including Wednesday's win, and was 9-for-24 with a home run and a double in that span.

If the Phillies hope to hang with the Cubs, they'll need a healthy -- and productive -- Franco in the lineup.