Monmouth County reservoir has been closed due to toxic algae 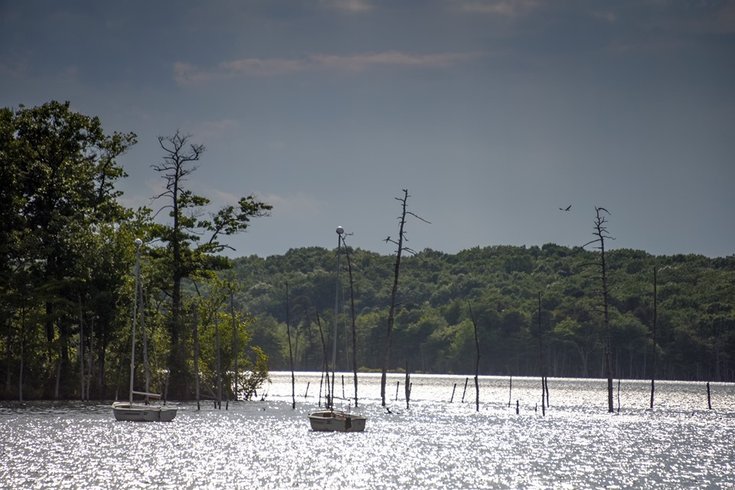 Harmful toxic algae, also known as cyanobacteria, which can discolor the water and produce floating mats or scums on the surface, was found in Manasquan Reservoir in Howell Township, Monmouth County, and tested to be at or above the levels recommended by the N.J. Health Advisory Guidance.

The Manasquan Reservoir, a 770-acre reservoir in Howell Township, was put under a toxic algae advisory by the New Jersey Department of Environmental Protection on Wednesday.

Harmful toxic algae, also known as cyanobacteria, which can discolor the water and produce floating mats of scum on the surface, were tested to be at or above the levels recommended by the N.J. Health Advisory Guidance.

The advisory warns that people should not drink or have any contact with the water, including swimming or water sports. (Pets or livestock should not come into contact or drink the water, either.) It also notes that fish caught in the reservoir should not be consumed. Boat rentals have been suspended until further notice.

While cyanobacteria is fairly common in fresh water, it becomes dangerous when the algae experiences rapid growth, called a "bloom."

This isn’t the first time a harmful algae bloom has appeared this summer in New Jersey. In late June, Lake Hopatcong, the largest freshwater lake in New Jersey, was put under an advisory for toxic algae bloom. Part of the lake still remains under advisory.

As recent as Monday, two lakes in the Garden State were also closed due to this harmful algae, including Lake Musconetcong, which neighbors Lake Hopatcong in Hoptcong State Park, and the beach at Budd Lake in Mt. Olive Township, Morris County.

According to the NJDEP, harmful levels of cyanobacteria can produce toxins called cyanotoxins that are dangerous for humans, pets, livestock, and wildlife. Exposure to these cyanotoxins can lead to rashes, allergy-like reactions, headache, fever, joint pain, gastroenteritis, respiratory irritation, skin rashes, and eye irritation, according to the EPA.