Matt Pryor will write a song for you 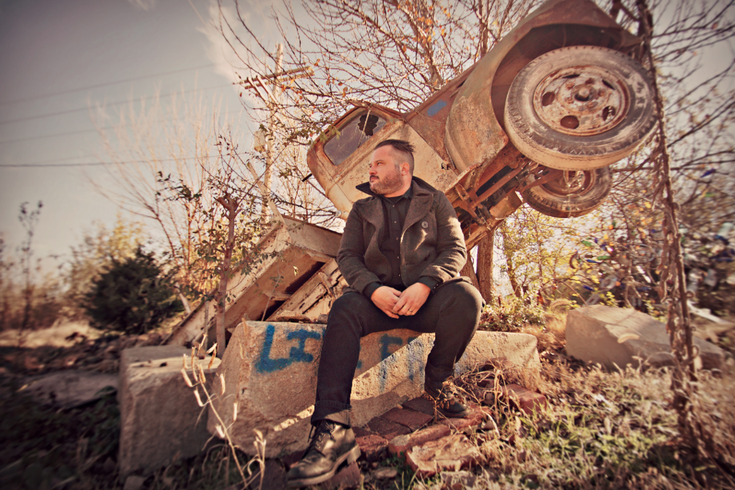 Frank Sinatra once said that if writing songs was easy, everyone would be doing it. The minority have the ability to make well-constructed songs.

Independent singer-songwriter Matt Pryor is well aware that he has an uncommon skill set and that some music fans would like a song of their own. That's why Pryor crafts songs for those in search of a personalized track. If you're interested. go to downwrite.com and the leader of The Get Up Kids will come through with a tune just for you.

“Just fill out a questionnaire on what the song should be about and hit me with the details,” Pryor said while calling from his Lawrence, Kansas home.

“If you want a ballad, I got you covered. The same goes for a pop song or a punk song.”

It’s not surprising that Pryor is a songwriter for hire considering that he is nearly as prolific as Guided By Voice’s Robert Pollard, who is constantly inspired.

Pryor’s output between his solo venture and his Get Up Kids commitment, and extracurricular activity (“I started a local punk band just for the heck of it,” Pryor said) is extraordinary.

“Memento Mori," his latest album, is his deepest, most moving work yet. It’s a biographical project, written about those close to him, who passed away in 2015.

“I lost my grandma, my step-dad and my son’s drum teacher, who died suddenly at 27,” Pryor said.

“It was all pretty jarring that year. It’s an album about mortality. It’s some pretty heavy stuff, but I believe we’re living in a time when it might get heavy again. Look at all the protests. It’s getting interesting.”

Pryor will showcase “Memento Mori” and tracks from his previous four albums when he performs acoustic Monday, April 17 at Underground Arts.

“It’s about time that I get on the road,” Pryor said. “I have so much to choose from. That’s part of the fun. Who knows what I’ll play?”

The energetic, independent alt-rocker is working on an album’s worth of songs for The Get Up Kids' next release.

“I’m not sure what we’ll do with them yet,” Pryor said.

“The next album will come out and then we’ll tour. Some things don’t change. But now I’m focusing on this tour. I want to air these songs out. It’s all about music for me. I can’t stop writing songs. I just wrote some for the local punk band.”

Why not take a break from so much sonic heavy lifting?

“It’s in my blood to write and then write again,” Pryor said. “I know for some people, they need down time. Not me. I just wrote a bunch of songs with my punk band, a couple of two-chord tunes. It keeps the muscles strong.”

Pryor flexes those pecs when fans ask him to compose for him on downwrite.com

“What’s great about downwrite is that I can stay home and make some money,” Pryor said.

“I have so much going on with my family that it’s nice to stay here. I don’t hate the road. I love going out there to perform.

"I’m looking forward to playing out. I just love seeing my kids on a daily basis and also writing songs. It feels so good when you know you’ve written a really good song.”

Pryor will co-headline with Dan Adriano Monday at Underground Arts. For more info on the show, click here.