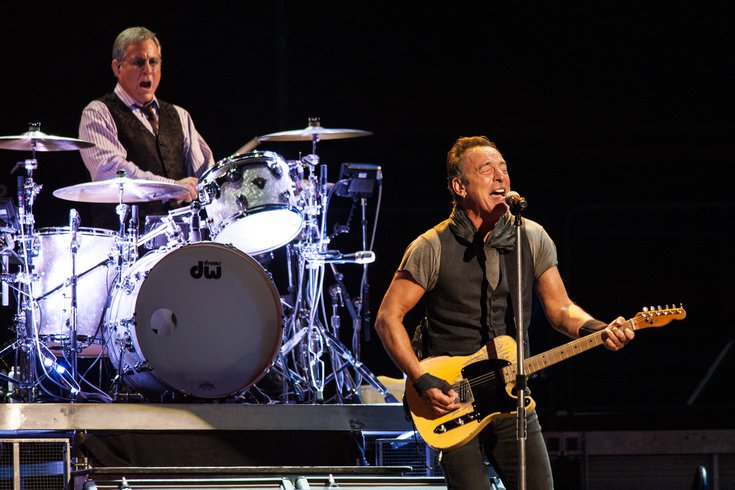 Max Weinberg got his start on the drums for the E Street Band in 1974 at the now-defunct Main Point in Bryn Mawr, Montgomery County. He's now a member of the Delray Beach Planning and Zoning Committee.

There aren't many concerts happening right now due to the ongoing COVID-19 pandemic, but musician Max Weinberg appears to be keeping himself busy until he’s back on stage.

The longtime drummer for Bruce Springsteen's E Street Band recently joined the planning and zoning board in Delray Beach, Florida, where he resides. The 69-year-old New Jersey native was appointed to a two-year term by the city's commissioners, according to The Palm Beach Post.

Weinberg told the newspaper that he’s looking forward to "serving the city" and that he will review all plans that come before the board.

"You owe that to the community," Weinberg said. "I want to see Delray Beach developed in a way that takes into consideration all of the different viewpoints. You need to look at these plans from every angle."

On an application for the job, Weinberg wrote, "I’d like to serve the community with an eye to the future growth and livability of the city. I am a long range thinker, a necessary requirement of the position.

"As a property owner and as an individual with a vested interest in the future growth of the city, I have followed with interest the desires of the various constituencies that comprise the city. All need to be heard and have their applications reasonably and thoroughly evaluated."

Weinberg even compared the impact of music to the influence of planning and zoning board decisions by invoking The Boss himself.

"Bruce used to ask the question, 'Why do they call it a record? It is because it will last forever,'" Weinberg said. "Forty years from now, people will listen to 'Born to Run.' He put a tremendous amount of time and effort into writing those songs.

"It is the same with planning and zoning board decisions. They will have lasting impacts."

"Mighty Max" has been actively involved in the real estate industry for years. The musician reportedly has bought or built roughly 40 houses, including some in New Jersey and Palm Beach County, Florida.

In a discussion with Monmouth University last month, Weinberg shared that he has been reading books on a daily basis during the public health crisis.


Weinberg joined the E Street Band in 1974, with his first performance coming at the now-defunct Main Point in Bryn Mawr, Montgomery County. He later served as the bandleader for Conan O'Brien on "Late Night" and "The Tonight Show." In 2014, he was inducted into the Rock and Roll Hall of Fame as a member of the E Street Band.