Mayfair to Cherry Hill: Every day is Bike to Work Day for this road warrior 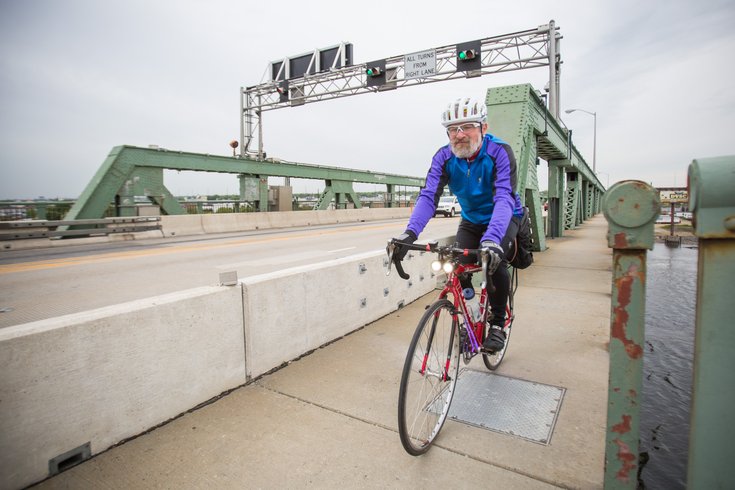 Stanley Ricciuti reaches the center of the Tacony-Palmyra Bridge while commuting eastbound to work on Thursday, May 11, 2017. His daily commute – from Mayfair to Cherry Hill – is 30 miles round-trip, and he pedals in all kinds of weather.

Friday is National Bike to Work Day – for the rest of us.

But for Stanley Ricciuti, biking to work is a nearly everyday experience – and has been since he gave up his car 25 years ago.

A South Jersey native who now lives in the Mayfair section of Northeast Philadelphia, his daily nearly 30-mile-roundtrip commute takes him across the Delaware River to Danzeisen and Quigley, a bike and outdoor sports shop in Cherry Hill.

He bikes to work, where he fixes bikes. And away from work, he bikes.

“I have a hard time doing anything without a bike,” he explained, fidgeting with bicycle parts as he spoke.

Ricciuti, 57, is a bike mechanic, with skills so sought after that his agreement to work for Danzeisen and Quigley about 16 years ago included access to gear at cost, including the Trek bike he rides most days.

“I’m pretty damn good at what I do,” he said, noting that riders sponsored by other shops forgo their in-house techs and pay him to service their bikes.

Ricciuti has customers in Utah, Colorado and Florida, as well as New Jersey and Pennsylvania. 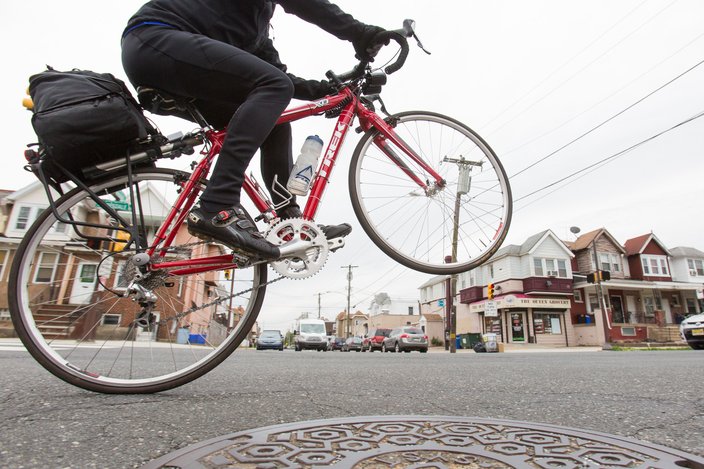 Sometimes when Ricciuti takes off from a stoplight, he does a small wheelie while quickly reaching a brisk cruising-speed.

'MY DOCTOR LAUGHS AT ME'

As a child, Ricciuti did typical “kid bike things.”

He started bike racing and was good, but not good enough. Soon he moved to off-road bicycling and gave up road racing. He discovered his real gifts were balance and road-handling, not flat-out speed.

“I was way better with mountain bikes,” he said.

That ability to navigate roads makes his daily commute possible.

The ride from home to work is “about an hour, “depending on how hard the wind is blowing and which direction it’s coming from.” The ride home is usually in the dark.

With a noon-to-8 p.m. work schedule, he has taken steps to bolster his safety,  investing nearly $500 in lights modified to fit the frame of his bike, as well as headlights designed to throw an intense beam.

He also rides in all kinds of weather.

“I enjoy riding in the snow. When it snows, I go out and play,” he said.

Every now and then his girlfriend is able to push him into taking her car to work, but not often. “She’s 94 pounds, but she can kick my ass,” he said.

There's a lot of upside to his daily biking – no car payments, no gas bills, no car maintenance and no car insurance – but especially his health.

“My doctor laughs at me,” he said, grinning.

All those miles of cardiovascular exercise does wonders for his body, including a resting heartbeat of 50 times a minute and a cholesterol count of 94.

But it's not all rosy out there on the roads.

And then there are the motorists.

THE ROUTE IS KEY 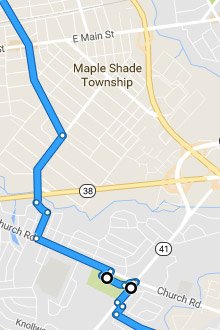 Not long after starting at Danzeisen and Quigley, he was sideswiped, then dragged and slammed into the pavement when his ponytail braid got caught on a passing car.

He lost three months of work.

But he got back up on the bike as soon as he could.

“Either I’m not that bright or I lack fear or some combination of the two,” Ricciuti said.

He has some advice for anyone thinking about biking to work – for one day or every day.

Any bike will do for a onetime commute, but a hybrid or a mountain bike with “streetable” tires is the best choice if you are planning for the long haul, he said.

More important than a bike, however, is the route, one preferably away from the worst traffic and road hazards, he said. 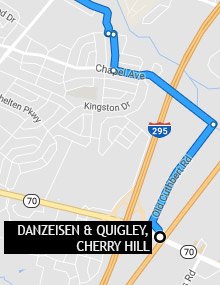 “The more you ride, the better your route should be,” he said.

Add a pair of good glasses and a good helmet and you are ready to mount up, said Ricciuti.

While bikes are relatively inexpensive, they do have maintenance costs, he cautioned.

Bike tires only last about 1,000 miles. The transmission – or gearbox – needs maintenance and replacement, as do wheels, all of which keeps Ricciuti in demand – when he’s not on a bike.

If you are not quite up to daily commuting, but want to ride your bike to work on Friday, you can join with the Bicycle Coalition.

It will have energizer stations at three locations – the Penn Museum (3260 South St.), 13th and Pine streets and the Schuylkill River Trail – to hand out free coffee and swag to cyclists.

At the end of the day, there's a discounted happy hour beer at Yards Brewery.