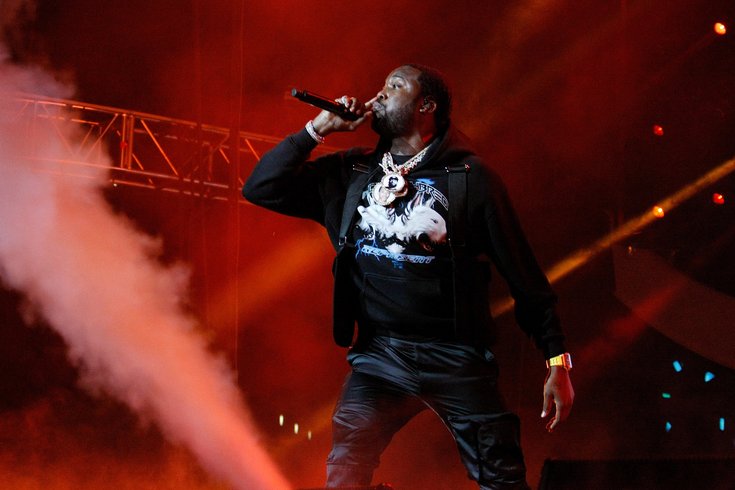 Meek Mill was named an Inspire Change advocate Friday, the title taking its name from the NFL's Inspire Change initiative, which was created in the wake of the league's response to players kneeling during the national anthem.

Philadelphia rapper and Robert Kraft's pal Meek Mill is officially an NFL Inspire Change advocate, according to a release from the league.

Mill, along with Meghan Trainer and Rapsody, were all named Inspire Change advocates on Friday. The title takes its name from the league's Inspire Change initiative, which was created in the wake of the league's response to players kneeling during the national anthem.

The three artists, who as Uproxx noted are all connected Roc Nation, will perform at a free concert in Chicago's Grant Park on Sept. 5, ahead of the Chicago Bears' home opener against the Green Bay Packers.

Roc Nation is the record label founded by billionaire rapper and mogul Jay-Z, who inked a partnership with the NFL earlier this month to serve as the league's Live Music Entertainment Strategist.

The deal rubbed certain groups the wrong way, as some pointed to the league's general ineffectiveness in affecting meaningful change, alongside Jay-Z's reported interest in buying an ownership stake in an NFL franchise, as a sign that the partnership could end up being largely symbolic. Others suggested people wait and see what the partnership yields.

The league, and the Inspire Change initiative, also announced Friday a line of branded apparel, and an initiative called "Songs of the Season," which will release songs throughout the NFL season and donate all proceeds to organizations committed to criminal-justice reform.

The news comes at a busy time for Mill, as well.

Earlier this month, Mill saw the conclusion of his decade-long legal battle after he pleaded guilty to a misdemeanor gun charge, and all other charges were subsequently dropped.

Between his fueling the Eagles' Super Bowl run, and his odd friendship with New England Patriots owner Robert Kraft, Mill is no stranger to the NFL's inner machinations.

The Eagles, meanwhile, begin their regular season Sept. 8. There won't be a free Meek Mill concert, but there will be Shake Shack.