Tailgaters will be able to get their fill of the chain's ubiquitous burgers and fries, or spend the day at Pass and Stow 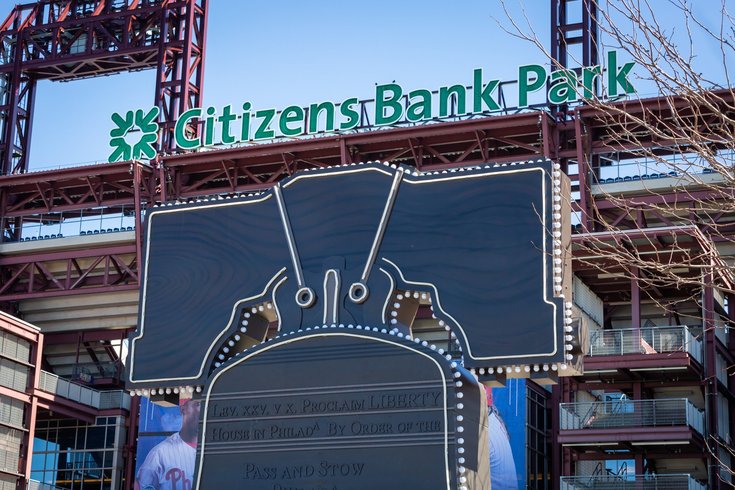 The Phillies are hopping on the Eagles' bandwagon this fall by opening parts of Citizens Bank Park to hungry, thirsty, and rowdy football fans.

The Phillies announced Wednesday they will have parts of Citizens Bank Park open during Eagles home games this season, as a way to provide even more entertainment and food options to (and make even more money off) Birds fans who just want to hang out by the South Philly Stadium Complex on a Sunday afternoon.

Pass and Stow's inclusion in the idea is a no-brainer: it's the park's new flagship spot for not-watching-the-game-while-you're-at-the-game, and it sells alcohol, so of course it'll be open. The area will open at 11 a.m. for 1 p.m. games, and will require a $20 entry ticket.

The Shake Shack plan, on the other hand, feels like a stroke of genius, and also a license to print money.

The restaurant will be open for takeout-only service four hours prior to game time, which means you can start eating Shake Shack burgers and fries in South Philly at 9 a.m. this fall.

The Shake Shack takeout windows will be open until 2 p.m., according to the Phillies, and will feature "several tailgate specials" likely to capture tailgaters already in search of shareable social media content, or tailgaters somehow in need of alcohol-absorbing fast food at 11 a.m.

If we don't have a very sloppy, Shake Shack-themed viral video from one of the tailgate lots by the end of the season, consider the 2019 Philadelphia Eagles a failure.

The Eagles open the regular season at home on Sept. 8 against Washington.