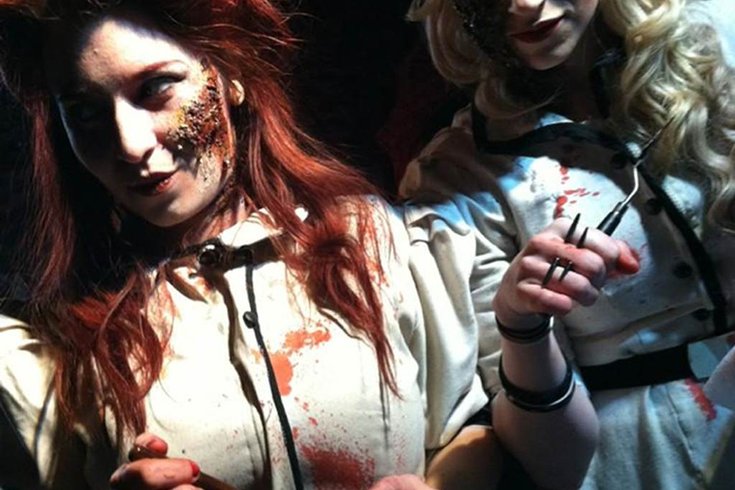 The nurses are up to no good at the Terror Behind the Walls halloween attraction at the former Eastern State Penitentiary in Fairmount. Haunted houses can earn up to $500 million in annual ticket sales.

With Halloween right around the corner, 'tis the season for film buffs to break out their favorite horror classics. Whether you have a taste for brain-eating zombies, disfigured serial killers, or straight-up, no-frills gore, Hollywood has undoubtedly created a scary movie to match.

The horror film industry is big business, raking in $400 million at the box office every year in the United States. Haunted houses – basically scary movies brought to life – can earn up to $500 million in annual ticket sales. For some odd reason, we as humans love to be frightened for the sake of entertainment and are willing to pay good money for a truly spine-chilling, bloodcurdling experience.

But the whole idea seems counterintuitive. Why would humans have evolved a thirst for things like scary movies and haunted houses, which are ultimately designed to elicit a negative emotional response? Not all humans, of course – I, for instance, have an aversion to excessive gore in movies and refuse to step foot in a haunted house. That's another mystery: What creates the distinction between scaredy-cats like me, and those who can't get enough horror in their lives?

Fear is an innate, hard-wired emotion that has long helped us survive as a species. Scary movies are characterized by violence, suspense, and victimization, while haunted houses tend to rely heavily on jump scares. Both can arouse the body's fear response – a cascade of reactions set off by the amygdala, an almond-shaped region deep within the brain that plays a key role in the processing of fear.

Upon witnessing a terrifying stimulus, the amygdala sends signals to the hormone-producing hypothalamus which triggers the fight-or-flight response. Controlled by the autonomic nervous system, the fight-or-flight reaction leads to the release of hormones like adrenaline to prepare the body for an energy boost – the heart starts to race, muscles tense up, pupils dilate, and breathing rate increases.

One early theory about horror movie lovers was that perhaps they enjoyed frightening material so much because it wasn't giving them a real scare. But a 2007 study in the Journal of Consumer Research showed that horror movie lovers and haters both experienced similar levels of negative affect (i.e. fear, disgust) while watching scenes from The Exorcist and Salem's Lot. The difference between the two groups was that the horror movie lovers also felt strong positive emotions (i.e. happiness, joy) during and after the scenes, whereas the haters did not.

So that hypothesis goes out the window, then. 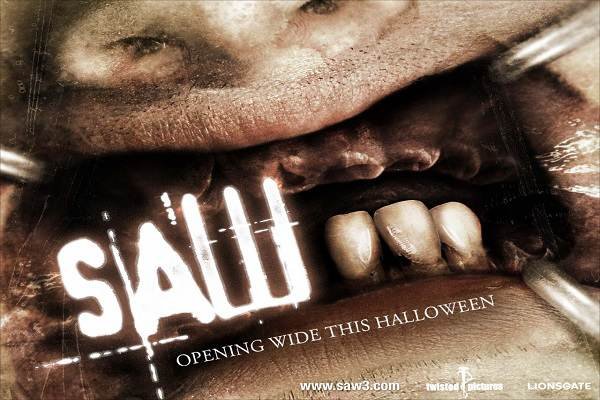 Humans – many of us anyway – love to be frightened by horror flicks like Saw 3, which are characterized by violence, suspense, and victimization. (Twisted Pictures)

Another theory proposes that some people require more stimulation to produce the same level of emotional response as the average human. Marvin Zuckerman, professor emeritus in psychology at the University of Delaware, developed the concept of sensation-seeking – a personality trait that describes the willingness to search for novel experiences and feelings, even in the face of subsequent risk.

“We've done some research on movies, and high sensation-seekers are the ones who like to go to horror films,” said Zuckerman. “Some people have more of this morbid curiosity because they're high sensation-seekers, and they enjoy movies that other people find unacceptable, who instead experience the arousal as unpleasant.”

Sensation-seeking is about 60 percent genetic – about the highest you can get for any personality trait, he says – discovered in studies of identical twins who had very strongly correlated sensation-seeking test scores. Strangely enough, this means your love — or hatred — of a good scare may have been inherited from your parents.

Age and gender also affects levels of sensation-seeking. Unsurprisingly, men are more likely to be high sensation-seekers than women, and the trait peaks in late adolescence. This could explain why male teenagers are thought to be the primary target market for horror films. But as those same teens get older, their desire for novel experiences will plummet.

“Sensation-seeking declines steadily over the years as we age. In an adult population, age is negatively correlated with sensation-seeking,” he said. “People become more conservative as they get older, and things start to look riskier to them.” 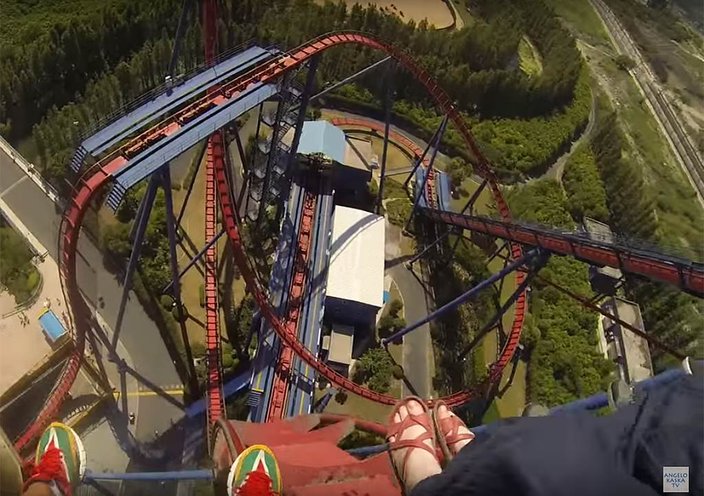 Love to ride roller coasters? The theory of "benign masochism," conceived by a University of Pennsylvania professor, suggests that we enjoy putting ourselves in "dangerous" situations, as long as we aren't truly in harm's way. (Angelo KaskaTV via YouTube)

As for possible reasons why we enjoy scaring ourselves as a species, perhaps the only rational explanation is simply that we can. Paul Rozin, professor emeritus in psychology at the University of Pennsylvania, came up with the idea of “benign masochism,” or a love for initially negative experiences under safe or controlled conditions. Halloween-type scares – as well as roller coasters, skydiving, spicy dishes, and bitter beers – are all examples of benign masochism. We love putting ourselves face-to-face with a negative situation, as long as we aren't truly in harm's way.

“I don't think it is the sense of relief [afterwards], but rather enjoying the emotion or feeling of being threatened while knowing there is no real threat,” said Rozin.

Humans are the only species that regularly and widely demonstrate benign masochism. There have been isolated instances of non-humans developing a preference for unpalatable experiences, such as an experiment with domesticated chimpanzees who eventually came to enjoy the taste of spicy crackers. Rozin and his colleagues baked crackers in their laboratory, adding measured amounts of chili pepper extract. The crackers were then given to the chimps by their principal caretaker, and after repeated exposures, two chimps started to prefer spicy crackers over non-spicy ones.

“A preference system based on exposure in positive social contexts got hijacked, along probably with a desire for mastery,” said Rozin. “In other words, I don't think [benign masochism] evolved directly.”

So perhaps more animals would indulge in benign masochism, if only given the opportunity. We, on the other hand, have an abundance of ways to teeter on the edge of risky behavior without taking a true plunge. But being the scaredy-cat I am, when it comes to benign masochism this Halloween, I think I'll still skip the haunted house and Saw movie marathon for a mouth-watering dish brimming with chili peppers and a pint of hoppy beer.

Meeri Kim, Ph.D is a freelance journalist who reports on science and health for PhillyVoice.