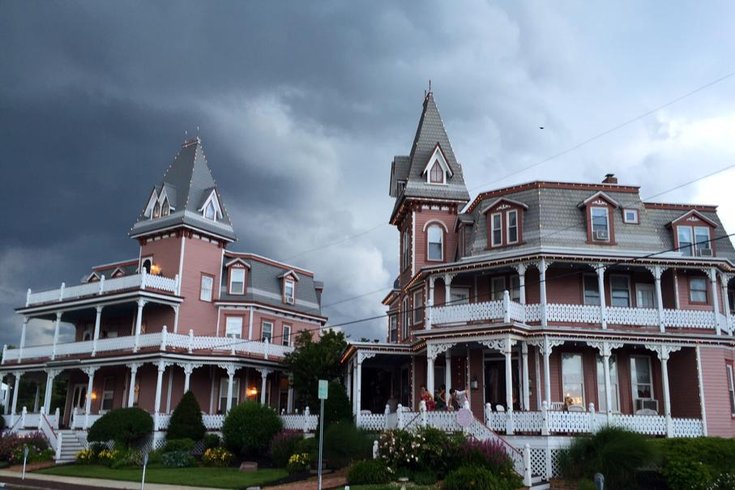 Angel of the Sea Bed & Breakfast/Facebook

Angel of the Sea is located half a block from the beach in Cape May.

Hotels are commonly used as scenes of horror in film and television.

From Stanley Kubrick's classic film "The Shining" to the latest installment of the hit show, "American Horror Story," there's something extra spooky about sleeping where spirits are said to roam.

Check out these eight area hotels that have had reports of paranormal activity and ghostly incidents.

If you dare, that is. 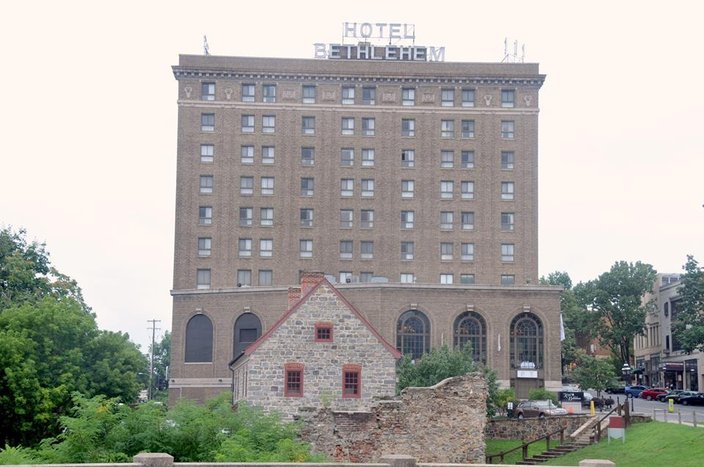 The Historic Hotel Bethlehem advertises its "Rooms with a Boo" right on its website, saying that the hotel embraces its "permanent guests." For example, there have been accounts of a ghost named May Yohe singing and dancing in the hotel lobby for all of the guests.

"Room 932 has a most peculiar record of paranormal activity," the hotel's website says. "A couple staying in the room reported being woken by a man standing in front of their bed asking 'why are you in my room?' Only to find when they switched on the light, that no one was there." 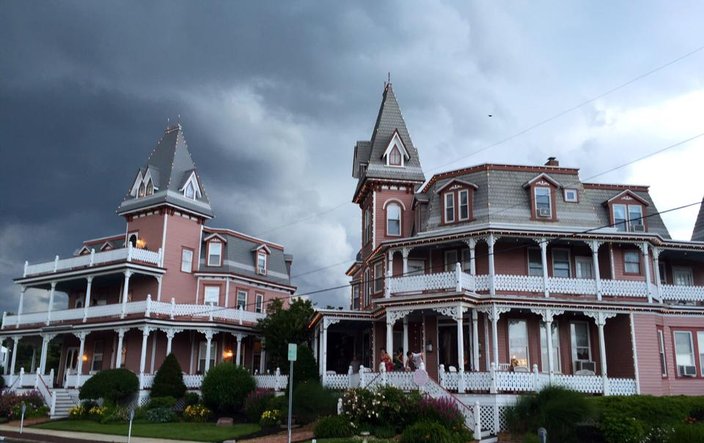 According to an account on Ghostly Hollow, paranormal activity began at Angel of the Sea in Cape May after a young girl who was staying there fell to her death from a window.

The problem was that she forgot her key and was locked out of her room. To save time and avoid going downstairs, she decided it would be a better idea to go through an adjacent window which was open. She slowly crept out the window, shimmying along the edge until she reached the bedroom window. Unfortunately for her sake, there was [a] screen on the window which she would need to pry off. As she pulled and pulled at the tight screen it popped loose smacking her in the face. She lost her balance on the edge and fell to her death.

Since then, there have been reports of flickering lights, strange footsteps and moving objects. 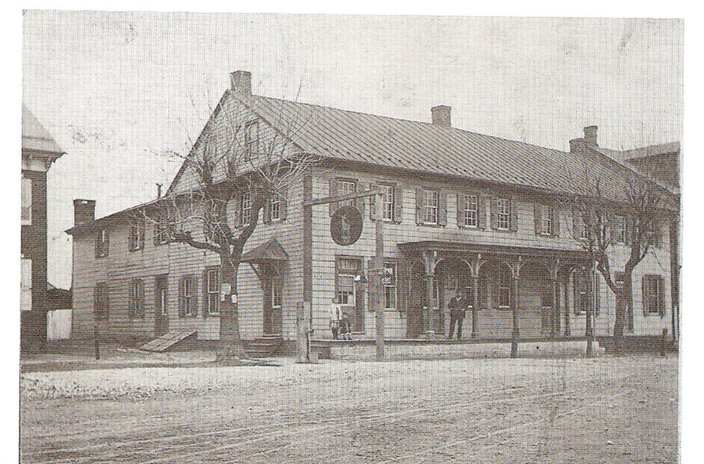 Built in 1804, Bucks Hotel & Tavern in Jonestown, Lebanon County, has a long history, much of which remains unknown.

According to HauntedPlaces.org, several spirits are said to be haunting the place, including "a young girl often seen walking the halls, an old man who likes to mess with water and electricity and a man who takes objects and moves them around." 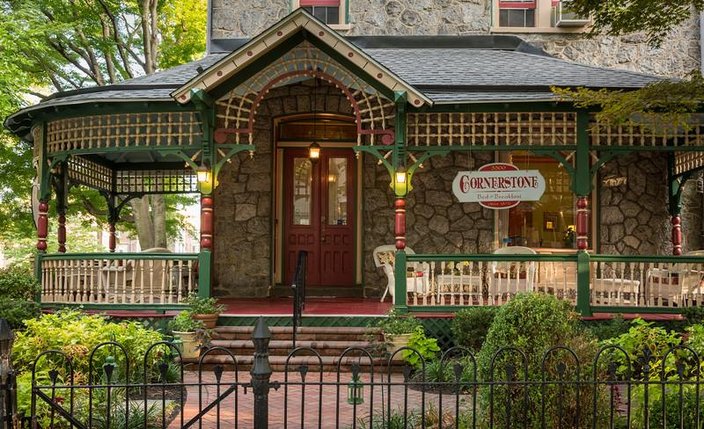 A female apparition has been said to appear at the Cornerstone Bed & Breakfast, built in 1865. She is said to bring with her the scent of her perfume and is known to softly caress people’s foreheads. In an account on HauntedPlaces.org, a commenter named Amily shared her experience spending a night at the inn.

Upon walking in I was hit with the strong smell of smoke. Cigar smoke. As if a group of men were sharing an old cuban. I started worrying someone smoked and we would get in trouble with the owners. I decided to use the rest room, then address the problem. The room was creepy, in the bathroom I felt watched. I hurried washing my hands to get out as fast as possible, the creepiness was too much. When I walked back into the room the smell was completely gone. Like nothing had happened.

Amily said others in her group claimed they felt someone sitting on the end of the bed in the middle of the night. 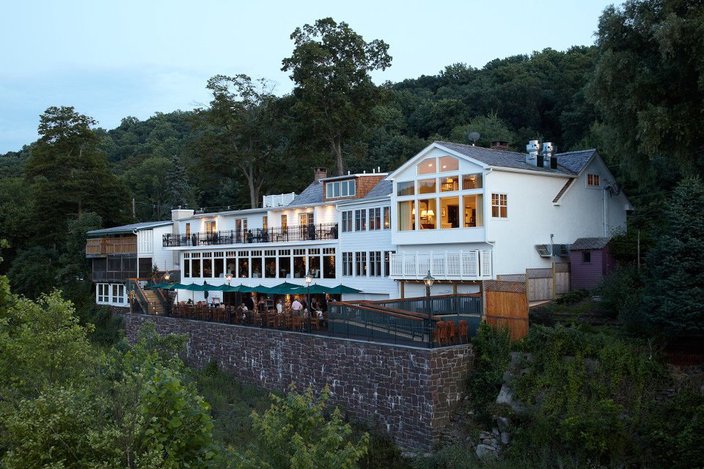 In the early 1800s, the owner of The Black Bass Hotel in Lumberville, Bucks County, was stabbed to death during a dispute, the hotel explains in a Facebook post. The barstool on which he was sitting remains in the Canal Tavern, according to the post.

Some have reported seeing a pool of blood on the Tavern floor, possibly a reminder of his violent death. Others have seen him standing in the corner of the Tavern. He is said to be a large, burly man lurking near the spot where he was murdered.

In another post, the hotel explains that the men who died while working on the canal were placed in a small makeshift morgue off of the Canal Tavern to be stored until a boat came down the Delaware to retrieve them. Since then, there have been reports of rapid drops in temperature and strange sobbing sounds.

During the 19th century, the Wedgwood Inn Bed & Breakfast housed many runaway slaves as part of the Underground Railroad.

"It is believed that a 12-year-old ex-slave, Sarah, still takes refuge at the inn," Visit Bucks County says. "Her ghost has appeared at numerous occasions to various 12-year-old girls visiting the inn telling her story of slavery and escape."

A trap door in the historic inn leads to a tunnel that was once part of the Philadelphia-Quaker Underground Railroad network, according to Wedgwood's website.

In a blog post on CapeMay.com, Craig McManus explains his encounters with the ghosts of the Hotel Macomber.

I had just fallen asleep when there was a loud banging on my door. I jumped up and said, “Yes?” No one answered. I opened the door and looked up and down the long corridor, but there was not a soul in [sight]. A few minutes later I was back asleep and the banging started again. This time I jumped up and flew open the door to reveal—nothing.

Using a cassette tape recorder, he was able to capture a couple of electronic voice phenomenons (EVPs) of what he says are ghostly responses. Listen to them here. 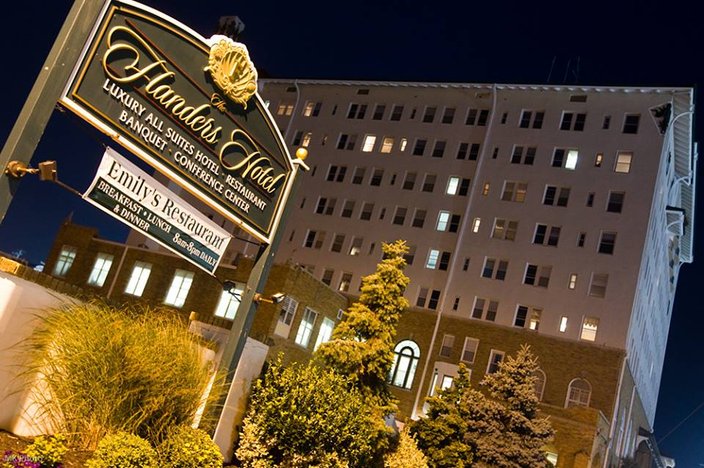 Guests and employees have reported seeing the apparition of a young woman, whom they have named Emily, in the Flanders Hotel for years, according to the South Jersey Ghost Research group (SJGR). SJGR investigators say they experienced multiple spirit energies at the hotel, one being the reported "Emily."

She was seen as having long reddish hair, that was slightly curly, she was wearing a white dress and was in the 30's age range. Investigators believe her name may be "Marilynn," "Maryann" or something similar starting with an "M".

Listen to audio clips and view photos of SJGR's investigation of the Flanders Hotel here.

So if you're up for some paranormal activity, check out one of the hotels above. Just remember, as the Eagles said: You can check out anytime you like, but you can never leave.

Have you ever had a paranormal experience at a nearby hotel? Tell us in the comments.