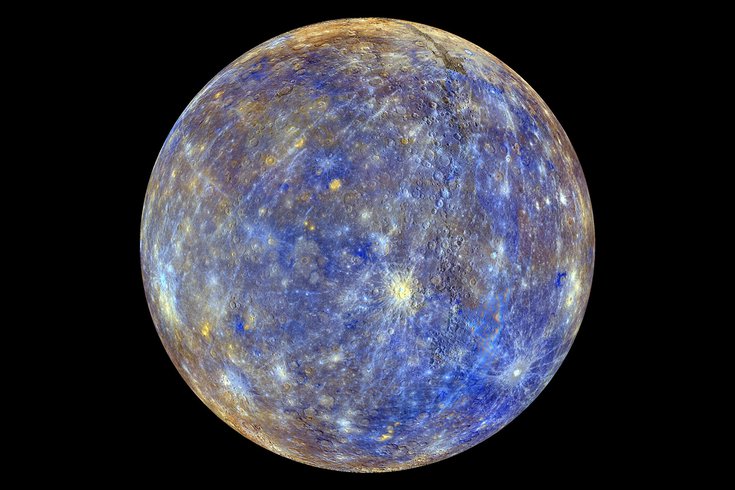 An image of the planet Mercury produced by NASA'S MErcury Surface, Space ENvironment, GEochemistry, and Ranging, or MESSENGER probe is seen in an undated picture released April 16, 2015.

A NASA spacecraft that made surprising discoveries of ice and other materials on Mercury will make a crash landing into the planet around April 30, scientists said on Thursday.

The Mercury Surface, Space ENvironment, GEochemistry, and Ranging, or Messenger, probe has been circling the innermost planet of the solar system for more than four years, the first close-up studies of Mercury since NASA’s Mariner 10 spacecraft made three flybys in the mid-1970s.

Out of fuel and losing altitude, Messenger is expected to make a high-speed crash near the planet’s north pole at around 3:25 EDT on April 30, flight controllers told reporters during a webcast news conference.

“The spacecraft will pass behind the planet, out of view from the Earth, and will just not emerge again,” said Daniel O’Shaughnessy, systems engineer with Johns Hopkins University Applied Physics Laboratory, which operates the spacecraft.

The impact at 8,724 miles per hour (14,040 km per hour) will leave a fresh crater, roughly 52 feet (16 meters) in diameter,  that should serve as an interesting reference point for a follow-on European spacecraft called BepiColombo, which is due to arrive in 2024.

The crater may help scientists learn more about the planet’s unexpectedly fast weathering processes, one of dozens of Messenger's finding.

Messenger also confirmed the existence of ices and other materials, possibly even carbon-based organics, on the floors of craters where sunlight never shines.

As it makes its final descent toward the planet's surface, Messenger will attempt to peer directly inside targeted craters, said lead scientist Sean Solomon, with Columbia University's Lamont-Doherty Earth Observatory in New York.

It also will look for magnetized crust in an effort to flesh out the odd story of why such a tiny planet has such a strong,  and recently discovered asymmetrical, magnetic field.