Heading into year 45, the legendary Philly broadcaster is the longest-tenured team announcer in the NFL 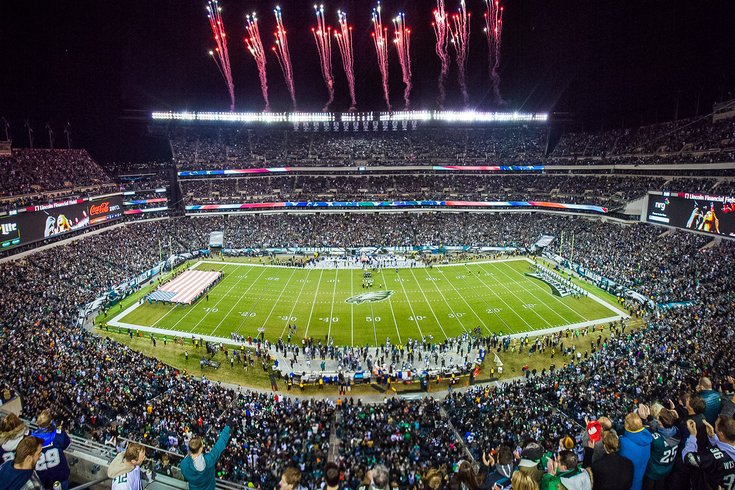 Merrill Reese will continue his legacy as the play-by-play radio announcer for Philadelphia Eagles games after signing a three-year extension with SportsRadio 94WIP. Reese has been calling Eagles games since 1977.

Merrill Reese, the beloved voice of the Philadelphia Eagles radio broadcasts, will not be going away any time soon.

The new deal was announced Wednesday morning as Reese joined Angelo Cataldi and others at MaGerk's Pub & Grill in Horsham, where the station is holding its annual Birds Town Hall.

"I can tell you, I will never willingly retire," Reese said. "They will have to remove me with a crane because this is what I love doing more than anything else in the world."

At various points in his lengthy career in Philly, Reese said he had been offered TV jobs and opportunities with other NFL teams, but always decided he had to stick with the Eagles.

"To me, if you love something, what more is there than to broadcast the team you grew up loving?" Reese said. "To be an Eagles fan growing up and you become the play-by-play voice of the Eagles ... to me, I knew what I loved and I didn't want to reach for something more. This is what I wanted."

Despite his longevity, Reese said the job continues to challenge him from season to season.

The broadcaster stressed that what fans hear during games is only a fraction of what goes into the job and what has made Reese a mainstay.

"You don't get paid for broadcasting the game. You get paid for the 60 hours a week you put in preparing to broadcast the game," Reese said. "The tape study ... the memorization ... the getting up. The whole preparation."

Audacy, the owner of SportsRadio 94WIP, holds the rights to broadcast Eagles games through the 2024 season. Reese is expected to continue in the booth alongside Mike Quick, the former Eagles wide receiver who has been Reese's radio partner for 23 years.