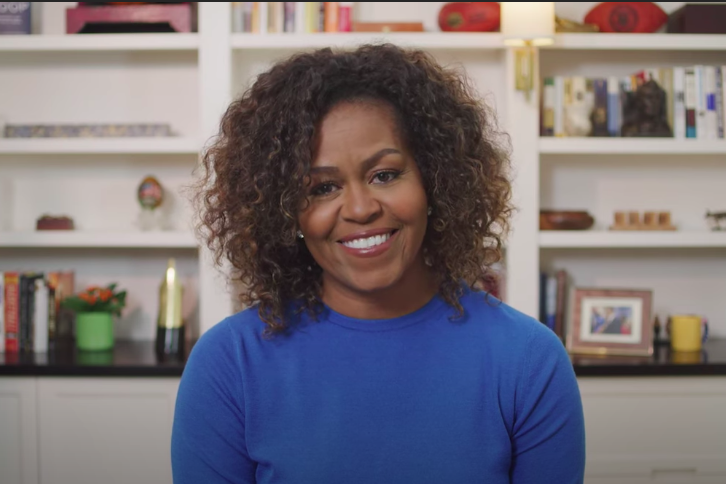 On Mondays, former First Lady Michelle Obama will read children's books as part of her new webseries for PBS and Penguin Random House. She will read books, such as "The Gruffalo" and "The Very Hungry Caterpillar."

This quarantine is rough for everyone involved, including kids. Instead of dealing with teachers and playing with friends, kids are stuck inside with working parents and remote school work. But on Mondays, Michelle Obama wants alleviate some of that stuck-at-home boredom for your kids.

The former first lady partnered with PBS Kids and Penguin Random House to launch "Mondays with Michelle Obama," a new story-time web series that airs live at noon on Mondays.

The series runs until May 11 on PBS Kids Facebook and YouTube channel. If you can't catch the livestream, a recording will be available.

"At this time when so many families are under so much stress, I’m excited to give kids a chance to practice their reading and hear some wonderful stories (and to give parents and caretakers a much-needed break)," Obama said in a statement.

Other children's books on the schedule are "Miss Maple's Seeds" by Eliza Wheeler, and "The Very Hungry Caterpillar" by Eric Carle.

The limited series is part of Penguin Random House's "Read Together, Be Together" initiative and PBS Kids' "Read Along" series. Other PBS episodes includes children's book authors and series writers, such as Angela Santomero, series creator of "Daniel the Tiger," and Marc Brown, series creator for "Arthur."

If Mondays aren't enough and you're already burning through other options, there are a few other options. On Thursdays, Dolly Parton reads bedtime stories for kids on her "Imagination Library" YouTube Channel.

And Josh Gad, who voiced Olaf in "Frozen," also periodically reads children's books through his Twitter account. You can follow Gad on Twitter for future livestreams or search the social media site with the hashtag #GadBookClub to find previous recordings.