Gene Shay, ‘Godfather of Philadelphia Folk Music’, dies at 85 due to COVID-19 complications

Shay helped start the Philadelphia Folk Festival and was a DJ on 88.5 WXPN 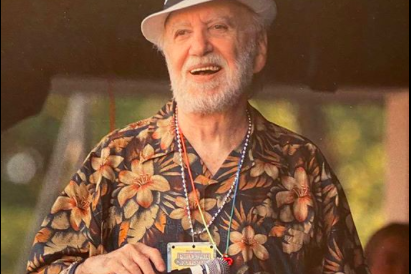 Philadelphia Folk Festival founder and 88.5 WXPN host Gene Shay passed away at the age of 85 on Saturday due to COVID-19 complications.

Philadelphia folk music icon Gene Shay passed away on Friday at the age of 85 due to COVID-19 complications, Shay’s family announced on Saturday via the Philadelphia Folksong Society on Facebook.

Shay, who was battling the coronavirus and in hospice care as recently as this past Wednesday, is now “heading to join his wife Gloria at the great folk festival in the sky,” his family wrote.

Born in Philly, Shay earned monikers such as “The Godfather of Philadelphia Folk Music” and the “Dean of American folk DJs” during his career, according to the Philadelphia Folksong Society. Shay began producing weekly folk radio shows on a number of Philly radio stations in 1962, most notably at 88.5 WXPN. Shay served as a DJ at WXPN, where he famously hosted the station’s “Folk Show” from 1995-2015.

Shay also founded the Philadelphia Folk Festival in 1962, which he would go on to serve as the emcee for. Before being held in its current location of Upper Salford, the annual four-day festival previously took place in Paoli and Schwenksville.

Shay helped organize Bob Dylan’s first Philadelphia performance in 1963, and he also worked together with other notable artists such as Joni Mitchell, Jackson Browne, John Denver, Bonnie Raitt, and Judy Collins. Shay also wrote the original radio commercials for the Woodstock Festival in 1969 as an advertising writer and producer.

Shay was inducted into the Philadelphia Music Walk of Fame in 2013.

Shay’s family said that they will have a private burial, followed by a planned celebration of life whenever it becomes possible.

“Gene's family appreciates the outpouring of love and support at this incredibly difficult time, so please continue to share your love, and to keep Gene and his family in your thoughts and prayers,” the Philadelphia Folksong Society wrote.

A GoFundMe campaign called the “Gene Shay Support Fund” has been set up to cover medical and burial expenses for Shay. Any remaining funds will go towards the planning of the celebration of Shay’s life, his family said. The campaign has had 138 donors and raised $7,455 as of Sunday morning, and the organizers are hoping to collect $30,000.

The Philadelphia Folksong Society, which Shay once served as the board president of, is also asking fans to share their favorite photos, jokes, and memories of Shay on the organization’s Facebook page to celebrate his life.