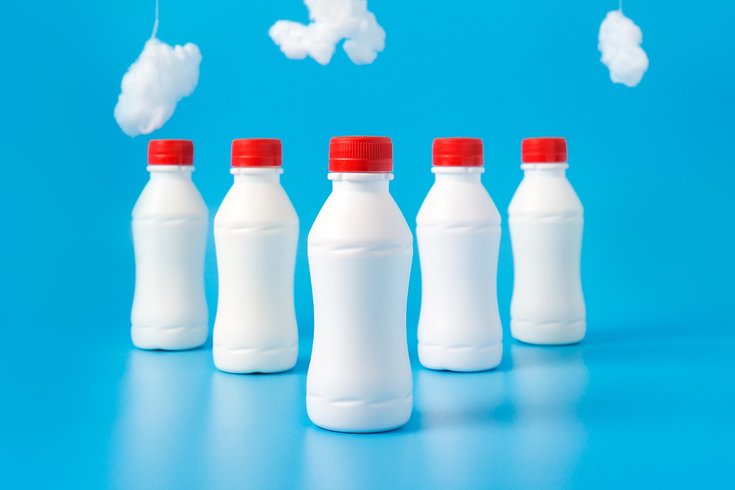 Sen. Pat Toomey (R-PA) introduced legislation called the MILK Act in an effort to put whole milk and 2% milk back into school lunches.

Sen. Pat Toomey introduced legislation Wednesday called the MILK Act in an effort to put whole milk and 2% milk back into school lunches.

The MILK Act would reverse a 2010 policy from the Obama Administration which prohibited whole milk and 2% milk from being served in schools, allowing only fat-free or 1% milk in school lunches, according to a release from Toomey's office.

The Pennsylvania Republican tweeted the news of the MILK Act on Wednesday with a link to the City Ledger's story, and an accompanying GIF of WWE wrestler (and Pennsylvania native) Kurt Angle smashing two cartons of milk during the infamous "Milk-o-Mania" show in 2001:

Every parent knows milk does a body good. Just introduced the MILK Act with @SenRonJohnson, which once again allows schools to serve whole and 2% milk. https://t.co/lH7273W8Xu pic.twitter.com/ieLJUQFRjF

"Every parent knows milk does a body good," Toomey said in a statement. "In 2010, the Obama Administration and Congress erred in prohibiting whole milk and two percent from being served in schools. This decision has led to a sharp decline in consumption across the country, which means kids are not getting essential nutrients milk provides. This measure fixes that error and permits schools to sell whole and two percent milk once again."

The legislation is co-sponsored by Sen. Ron Johnson, a Republican from Wisconson, Toomey's office said.

Pennsylvania ranks sixth in the country in total milk production by state, according to the American Dairy Association, turning out 10.8 billion pounds of milk products from more than 6,600 dairy farms.

According to the Center for Responsive Politics, Thompson received $40,950 from the dairy industry, the eighth-most of any candidate for the House of Representatives, in 2018.