Turner's deal will reportedly be worth $300 million over 11 years 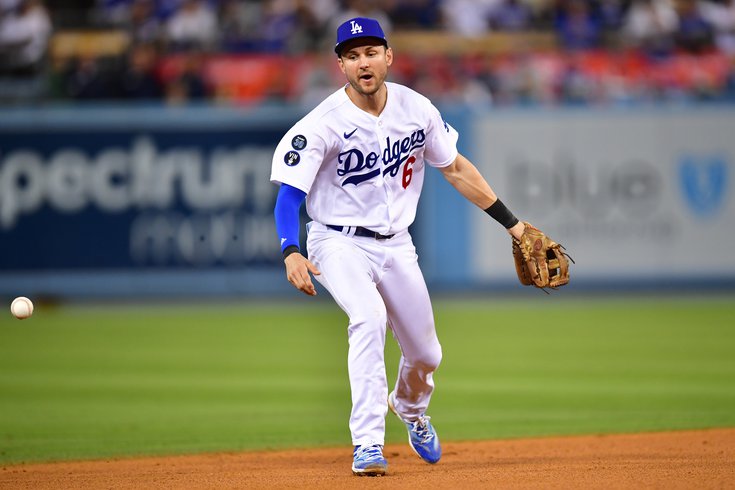 Shortstop Trea Turner is one of the winter's big free-agent prizes.

The Phillies finally have their stud shortstop.

According to a report from ESPN's Jeff Passan, the Phillies are in agreement on a deal with two-time All-Star Trea Turner:

BREAKING: Shortstop Trea Turner and the Philadelphia Phillies are in agreement on a contract, a source tells ESPN.

ESPN's Kiley McDaniel reports that it's an 11-year contract worth $300 million:

Source: Turner is getting 11 years, $300 million with a full no trade clause https://t.co/mvpDfFLrHb

Turner won a batting title in 2021 after splitting time between the Nationals and the Dogers. He followed that up with another All-Star campaign in 2022.

Turner is a career .302 hitter who brings pop at shortstop and is another huge threat to the Phillies' lineup as a righty. The Fightins are on the heels of their first World Series appearance in 13 years and doing everything in their power to get back there and win the whole darn thing.

Spend the next decade enjoying both Trea and Bryce Harper, a longtime buddy of Turner since their days together in Washington, in red pinstripes, Phillies fans.