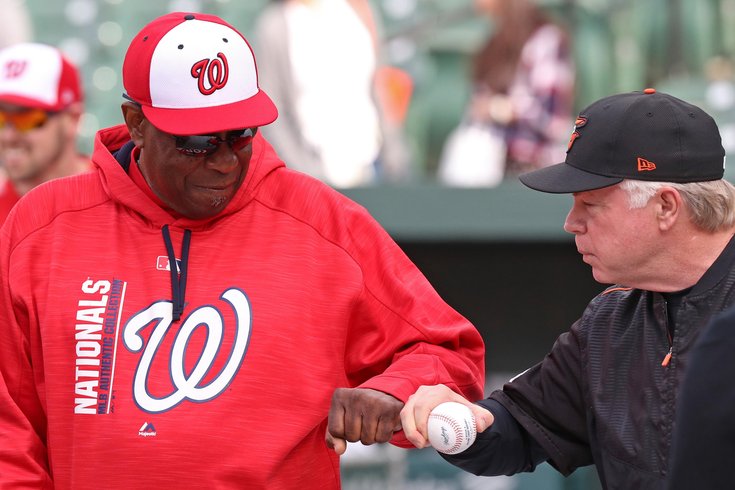 Will one of the above men — Dusty Baker or Buck Showalter — become the Phillies next manager?

There seems to be a trend among Philadelphia sport franchise front offices. To take a bold, outside-the-box chance and then revert back to the conventional immediately.

The Eagles tried Chip Kelly (who was surely unconventional) in 2013, only to bring back Andy Reid's disciple in Doug Pederson in 2016. It won them a Super Bowl.

The Sixers tried "The Process" with master tanker Sam Hinkie in 2013 as well, only to swap to NBA veteran GM Bryan Colangelo. While the move to Colengelo didn't exactly work, the team is currently a title contender.

But true to form, it sounds like the Phillies are heading back toward convention with their next hire.

A trio of veteran MLB skippers — all of whom are household names among even casual baseball fans — are slated to interview for the open position this week in Philadelphia.

All three of the above tweeted about managers have ample experience and varying degrees of success. They also all have playoff experience and subscribe mostly to the old school book of managing. Let's take a brief look at each as we await more news regarding the interview process over the course of this week.

Connection to Phillies: Worked with several front office members including Andy MacPhail and Klentak in Baltimore