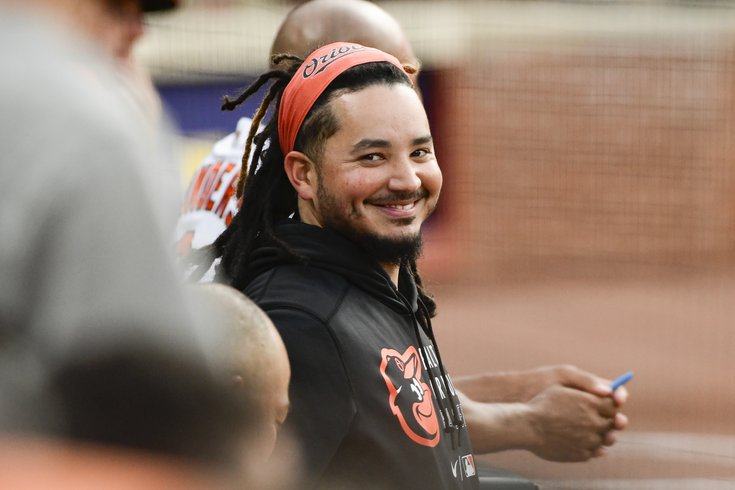 UPDATE [5:08 p.m.] — Like the Phillies' deal for Ian Kennedy and Kyle Gibson, the trade for shortstop Freddy Galvis has also been made official, with the team adding in that they received some additional cash considerations in the transaction.

The Phillies have acquired infielder Freddy Galvis and cash considerations from the Baltimore Orioles in exchange for right-handed pitcher Tyler Burch.

Freddy Galvis, who spent the first six years of his big-league career with the Phillies, is returning to South Philly after the team traded for him prior to Friday's 4 p.m. trade deadline.

The Phillies reportedly sent minor-league reliever Tyler Burch, who had a 3.99 ERA in 23 appearances with Cleatwater and Jersey Shore, to the Orioles in exchange for the veteran middle infielder.

Acquiring infield depth was not really the move many expected from the Phillies if they targeted a position player — all signs pointed to them addressing center field — but it's likely that the Phillies are bringing in Galvis for his defense as well as his offense.

The Phillies infield has been among the worst defensively all year long to the point where it's become a liability, and the sure-handed Galvis will likely only help them in that regard, especially with his ability to spell Didi Gregorius and Alec Bohm. But he can still help at the plate too, slashing .249/.306/.414 with 12 doubles and nine home runs in 274 plate appearances.

The problem, however, is that he won't be ready to join the Phillies in the field for a little bit yet. Galvis, the Orioles everyday shortstop, has been out for over a month with a quad injury, but he was reportedly nearing a rehab assignment prior to the trade.

It seems like this will be the last move for the Phillies, who previously acquired starting pitcher Kyle Gibson and closer Ian Kennedy from the Rangers on Friday. Will it be enough to catch the Mets, who currently sit 3.5 games ahead of the Phillies are are -310 to win the NL East on DraftKings, according to Pickswise?