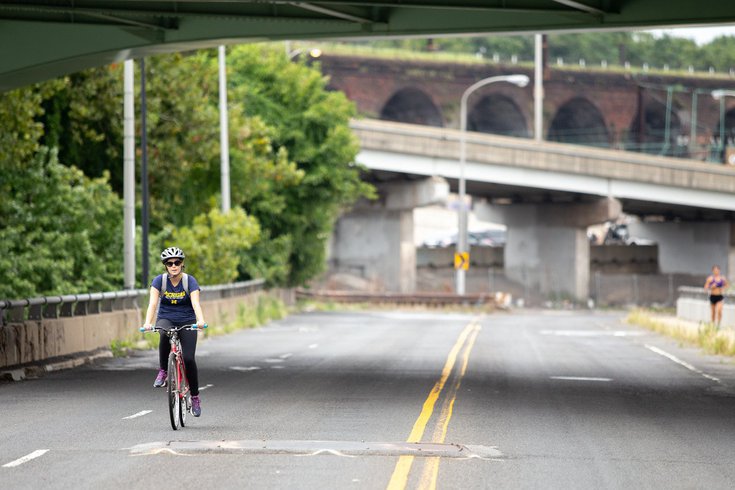 The close to four-mile long roadway will reopen to traffic at 5 p.m. on Wednesday, Aug. 4 and will maintain a modified schedule of weekend closures through at least spring 2022, beginning on Saturday, Aug. 7.

The reopening follows extensive reconstruction and rehabilitation of the roadway, including improvements to drainage, signage and striping. A lane reconfiguration is intended to calm traffic and reduce excessive speeds along the stretch, which runs through West Fairmount Park between the Schuylkill River and I-76 from Eakins Oval to the Falls Bridge.

MLK Drive was closed last March in an effort to facilitate recreation and social distancing during the pandemic. On some days, the roadway was used by as many as 5,000 cyclists, walkers, joggers, runners and others who took advantage of the car-free zone.

In recent years, the city had experimented with weekend closures that ran from 6 a.m. to 5 p.m. on Saturdays and Sundays, reopening in the evenings. Officials said Tuesday that this closure pattern will continue through October before the city tries out other potential options, including extending the weekend closure periods from 6 a.m. to 8 p.m. The city also will explore extended full closures for long holiday weekends, such as Thanksgiving, and will gauge how the changes impact traffic patterns.

"That is our goal, to maximize the recreational use on the footprint we have here with the fresh pattern we see in the paving and striping," said Mike Carroll, the city's deputy managing director for transportation. "This includes a $1.4 million dollar project to completely reconstruct, rehabilitate and widen the recreational trail, including upgrades to drainage, signage, ADA ramps and line striping, which was proposed before the pandemic and will provide a far safer experience for walkers, joggers and cyclists to continue enjoying the riverbank regardless of traffic on the Drive."

Martin Luther King Drive is listed on Philadelphia's High-Injury Network, meaning the roadway is overrepresented in terms of fatalities and crashes.

"That's always a red flag for us," Carroll said.

But with traffic congestion quickly returning to the Schuylkill Expressway and other parallel roads along the river, city officials felt it was necessary to reopen MLK Drive with the expectation that the improvements should make it a safer place for all modes of transportation and recreation.

"There's an opportunity to do more to make it available to more people and still restore some of its intended function," Carroll said. "That's what we feel like we've achieved with this approach. We will certainly want to hear from the public as they get used to the new patterns and see what they think. We'll work as hard as we can to incorporate that feedback moving forward."