Comedian and actress Maya Rudolph will take over as the face of the brand, making her debut during a Super Bowl ad next month 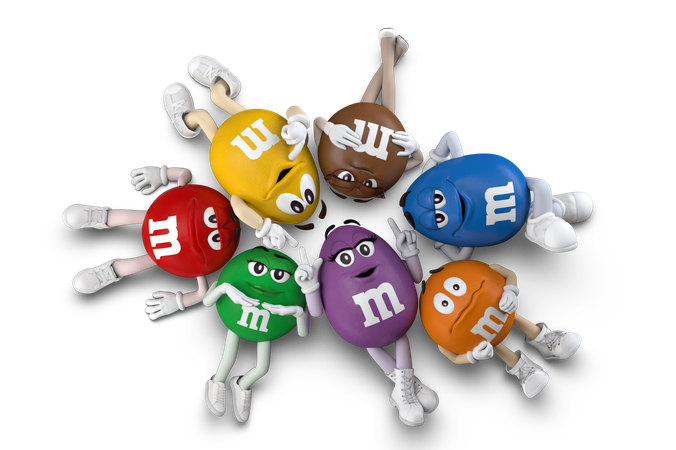 Amidst controversy about changes to their cartoon candy mascots, M&M's announced on Monday that their use will be indefinitely paused. In their place, comedian and actress Maya Rudolph will take over as the M&M's spokesperson.

The famous M&M's talking candy characters have been nixed following backlash to updates the brand made to the characters over the past year.

M&M's announced that the "spokescandies," who appear in advertising and branding, will be taking an "indefinite pause." In their place, comedian and actress Maya Rudolph will take over as the M&M's pitchperson.

"In the last year, we've made some changes to our beloved spokescandies," M&M's said in a statement posted to social media on Monday. "We weren't sure if anyone would even notice. And we definitely didn't think it would break the internet. But now we get it — even a candy's shoes can be polarizing. Which was the last thing M&M's wanted since we're all about bringing people together."

The first changes to the talking candy characters were implemented in January 2022, when Mars began a global campaign to promote inclusivity. Part of the plans included updated, modern looks and personality profiles for each of the six candy mascots.

While most of the changes were subtle, there were some people who professed to be outraged the green M&M had changed shoes, switching from go-go boots to sneakers. A petition created, called "Keep the Green M&M Sexy," garnered more than 20,000 signatures.

The reaction the M&M's characters can be tied to the broader pushback against corporations for "going woke," a term that has been co-opted by conservative pundits, politicians and media who have assigned a negative meaning to the term "woke."

Wokeness refers to a person or entity being aware and opposed to social and political injustices, such as discrimination based race, gender, sexual orientation, class status or other form or identity. M&M's had said its changes to the spokescandies were an effort by the company to highlight diversity and inclusion.

Other instances in the last few years when companies made decisions that conservative media blamed on bowing to woke culture include Hasboro's rebranding its Mr. Potatohead toy with a more gender-inclusive name and the decision to no longer publish six Dr. Seuss books because of racist or insensitive imagery.

After the move to change the Green M&M's footwear, then in September, the candy maker rolled out a new character, Purple, who was designed to encourage acceptance through her self-expression. The character recently appeared on limited-edition packs of purple, brown and green M&M's — the colors of each of the female candy characters — in recognition of International Women's Day.

This is so unbelievably funny genuinely no notes pic.twitter.com/6vV3TGXY2h

Twitter users, of course, weighed in on the announcement of the spokescandies being fired, expressing everything from humor to disappointment.

Tucker Carlson’s disgusting, inflammatory rhetoric is directly responsible for the genocide of the m&m spokescandies and we will not be silent. We’re yassifying the Vineyard Vines whale. pic.twitter.com/d7LknnXES7

I'll be meeting with several bags of concerned M&Ms today, to prepare a response to the company's placing the "spokescandies" on an "indefinite pause." This meeting will take place in my mouth pic.twitter.com/St2SqY1xIp

me escaping society and living in a tree after finding out a right-wing pundit was able to cancel spokescandies pic.twitter.com/MNK1N9xeS8

This may not be the end for the M&M characters, though. "We will share more on the spokescandies new pursuits over the next few weeks," An M&M's spokesperson told CNN.

For now, Rudolph will act as the brand's "Chief of Fun." She will star in a new M&M's Super Bowl ad debuting during the big game on Feb. 12, she told "The Today Show" on Monday.

"We are proud to introduce a spokesperson America can agree on: the beloved Maya Rudolph," M&M's wrote. "We are confident Ms. Rudolph will champion the power of fun to create a world where everyone feels they belong."