A third shot could enhance its vaccine's protection against the emerging South African variant, the company says 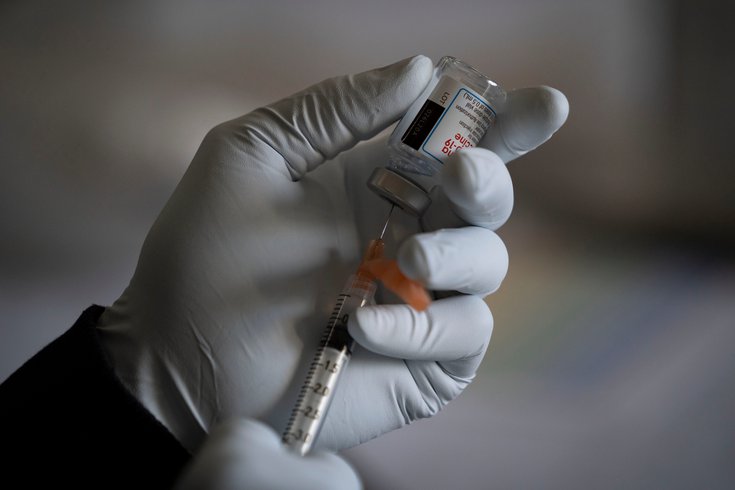 Moderna is launching two studies as part of an effort to develop a booster shot that would improve its vaccine's response to the South African coronavirus variant.

Moderna is developing a booster shot to its COVID-19 vaccine that aims to improve its protection against the coronavirus variant first identified in South Africa.

Moderna's two-shot vaccine had a sixfold reduction in neutralizing antibodies — which fight the virus — against the South African variant, according to a study the company conducted with the National Institute of Allergy and Infectious Diseases. But the vaccine still produced enough antibodies to be effective against the virus.

The vaccine held up against the U.K. variant, producing the same amount of neutralizing antibodies as it did against prior forms of the coronavirus. The study, which tested blood samples from eight people who received two doses of the vaccine and two monkeys, has not yet been peer-reviewed.

The studies are being launched as a proactive measure, Moderna officials said, emphasizing its vaccine still produces a protective response against both variants. The company does not yet have data on the vaccine's response to a variant found in Brazil.

"We’re doing it today to be ahead of the curve should we need to," the company's Chief Medical Officer Dr. Tal Zaks told the New York Times. "I think of it as an insurance policy. I don’t know if we need it, and I hope we don’t."

Dr. Paul Offit, director of the Vaccine Education Center at the Children's Hospital of Philadelphia, told CNBC that he's pleased Moderna is taking a proactive approach against the possibility of resistant variants.

"This is not a problem yet," Offit said. "Prepare for it. Sequence these viruses. Get ready just in case a variant emerges, which is resistant."

The South African and Brazilian variants have not yet been detected in the United States. Cases of the U.K. variant have been detected in numerous states, including Pennsylvania and New Jersey.

Medical experts are concerned about the South African variant because research suggests it is highly transmissible, but there isn't yet "clear evidence of the new variant being associated with more severe disease," according to the World Health Organization.

There is some data suggesting the U.K. variant may carry a higher risk of death for infected people, but a top U.K. science official said "the evidence is not yet strong." Officials are awaiting the results of research underway.

Moderna's news comes as President Joe Biden is expected to reinstate travel measures that will prohibit travelers from Brazil, the U.K., Ireland and 26 other European countries from entering the United States. South African, which previously was not included on the entry ban, is being added to the list.

Former President Donald Trump enacted similar travel restrictions, but allowed them to expire two days before the end of his presidential term. The entry ban's reinstatement is expected to begin Monday, according to NPR.

Earlier this month, the U.S. Centers for Disease Control said it would require foreign travelers coming to the U.S. to obtain a negative coronavirus test result no more than three days before boarding a plane. The requirement goes into effect Tuesday.