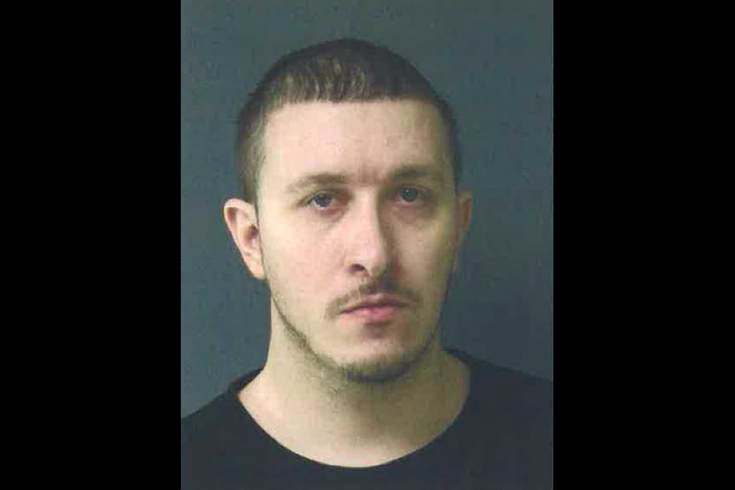 Montgomery County authorities announced charges Thursday against a Limerick man they say allegedly raped a child repeatedly over a four-year period and threatened to kill himself during an intense standoff last week at the victim's home.

According to prosecutors, 29-year-old Bryan Monica allegedly sexually assaulted the girl at various locations from the time she was 9 years old until she was 13.

On the morning of Jan. 5, the girl disclosed to a school guidance counselor she allegedly had just been sexually assaulted by Monica. She also told police she allegedly had been raped by the defendant multiple times during a four-year period. School staff then notified the Limerick Township Police Department.

Investigators said the victim recounted years of alleged abuse that began at a Philadelphia residence she shared with Monica and her mother from August 2009 through August 2015. The defendant's advances allegedly escalated from napping with the victim while her mother was away or at work to occasionally touching her inappropriately and taking photographs of her while she showered, police said.

Graphic details from the criminal complaint against Monica detailed alleged sexual coercion at subsequent addresses in Collegeville, Limerick and Pottstown. The victim described excruciating pain and a "very disgusting feeling" after her alleged encounters with Monica, police said. The girl told detectives that some of the alleged sexual assaults took place Monica's vehicle.

On Jan. 6, after Monica was to have no contact with the girl or her family, police later learned that he was armed with a .40 caliber semi-automatic handgun and traveling toward the alleged victim and her mother.

According to police, the victim's mother received a voice message from Monica saying, "Baby, I am sorry, I love you. I am so sorry."

Officers who responded to the residence found Monica's black Chrysler 300 sedan parked along the street with the suspect alone in the driver's seat. When officers asked him to exit the vehicle, police said he allegedly displayed his handgun, pointing it at his own head and threatening to take his life.

The ensuing standoff unfolded over seven hours and required a full police response, authorities said, including the activation of the Montgomery County Western Region SWAT team. Nearby residents were evacuated and others were required to shelter within their homes.

Eventually, through communication with crisis negotiators, Monica surrendered and his handgun was recovered. Police allegedly determined that his permit to carry a firearm had been revoked and that his weapon, a Springfield Model 2 (XD-45), was not registered in his name.

Monica is charged with felony rape, statutory sexual assault, involuntary deviate sexual intercourse with a child, photographing a sex act of a child, endangering the welfare of a child, corruption of minors, firearm not to be carried without a license, and multiple other charges connected to the alleged abuse and standoff.

A preliminary hearing for Monica is set for Feb. 3. He is being held at the Montgomery County Correctional Facility in lieu of $500,000 cash bail.