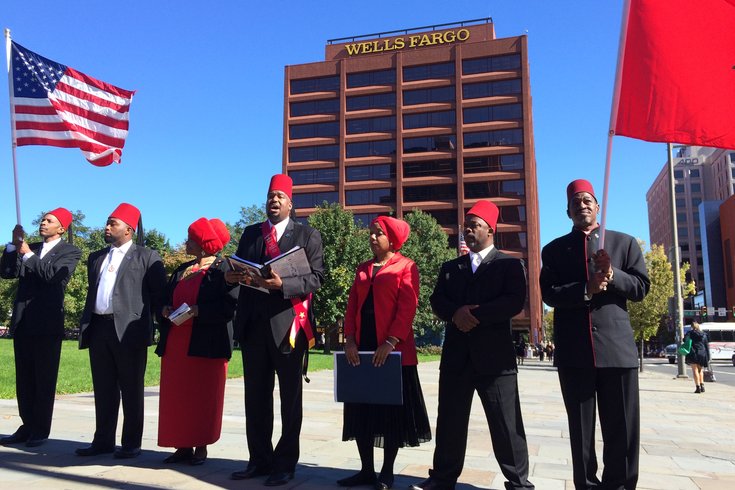 About a hundred Moorish-Americans from across the country gathered on Independence Mall on Friday to remember the first generation of Moors who were stripped of their nationality and birthrights in colonial Philadelphia.

"We are paying respects to our ancestors who were mislabeled as black," said Azeem Hopkins-Bey, grand sheik of the Moorish Science Temple in North Philadelphia. "'Black,' that's a slave term."

Hopkins-Bey said that in 1774, the First Continental Congress "erased" the heritage of those who were brought to America as slaves, by considering them all to be "blacks" and thereby erasing the identity of the men and women who suffered and died as slaves.

The event would end in a feast.

Hopkins-Bey said the day was also a time to remember those who died in the bonds of slavery.

Not just in somber remembrance, said Sharif Anael-Bey, 49, of Syracuse, N.Y., but to celebrate Moorish-Americans' rediscovery of their identity, and their embrace and celebration of that heritage.

"This is a day of celebration because we are in possession of our identity that has been taken away," he said.

During the afternoon gathering, children ran and played in the grass, while women and men wearing cultural garments and red headpieces — women in scarfs, men in traditional fezzes — joked and chatted, all seemingly excited to be together on a sunny, autumn afternoon.

Before the group began their tour, Ronald Hopkins-Bey discussed the importance of the holiday. 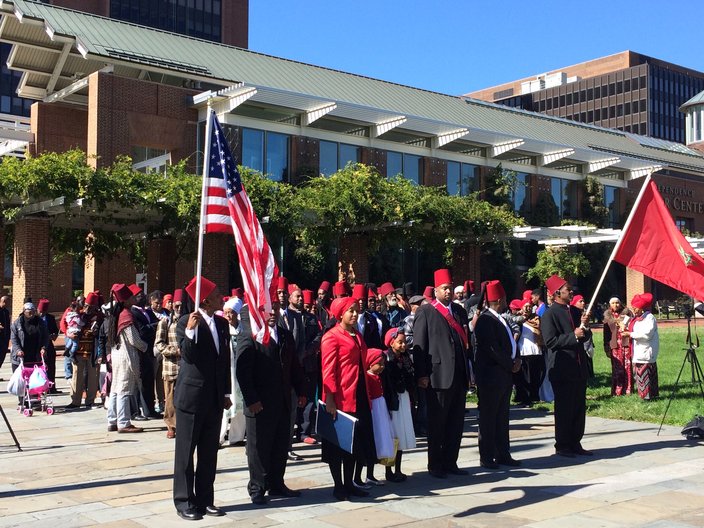 "There has been a lot of American history that has been forgotten," he said. "We are all Americans... We are right here in America. We are Moorish Americans."

Ronald Hopkins-Bey said that the terms "black" or even "African American" are tied to slavery in negative ways. He said this terminology forgets the Moorish heritage of these Americans.

"This is what our people suffer from," he said. "We need to get back to our nationality, culture and traditions.

The event also seeks to celebrate humanity as one species, instead of separating people by the color of their skin.

"You don't identify someone by color. You identify by race," said Hopkins-Bey. "And there is only one race, the human race, that's it."

As he moved off to join a tour with the rest of the revelers, he turned to offer a final comment.