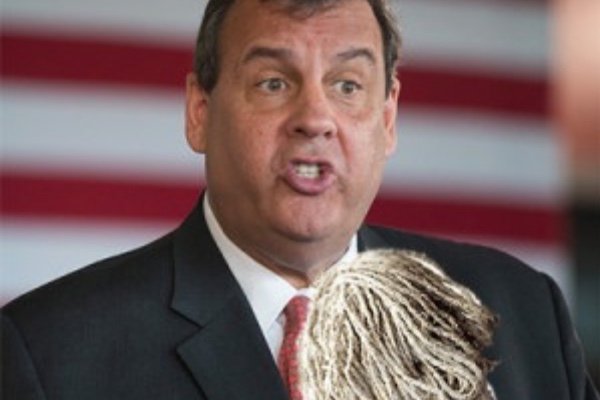 Donations will be used to send as many mops as possible to the Governer of New Jersey, the listing notes.

New Jersey residents and their supporters are responding to Governor Chris Christie’s callous comment regarding his absence from home during this past weekend’s blizzard and subsequent flooding by sending him mops – lots of mops.

During a town hall meeting Tuesday in Hooksett, New Hampshire, an attendee asked Christie why he chose to continue campaigning rather than remain in New Jersey to respond to storm flooding, to which he responded: “I don't know what you want me to do, you want me to go down there with a mop?"

If you may not have guessed, his comment didn’t sit well with many folks, including Kiyle Osgood who started a GoFundMe campaign to collect mops to send to Christie.

The donations, $285 into a goal of $1,000 as of noon on Wednesday, will also be used to help organizations and individuals clean up the floodwaters.

“Instead of staying in the state and being a leader during a record-breaking blizzard, our governor has abandoned us for his presidential campaign. For his own personal gain, he abandoned the people [who] he promised to govern and lead. This is unacceptable of a leader and an embarrassment to the people of New Jersey,” Osgood wrote.

“Let's join together by raising funds to Mop up the mess we have in Trenton.”