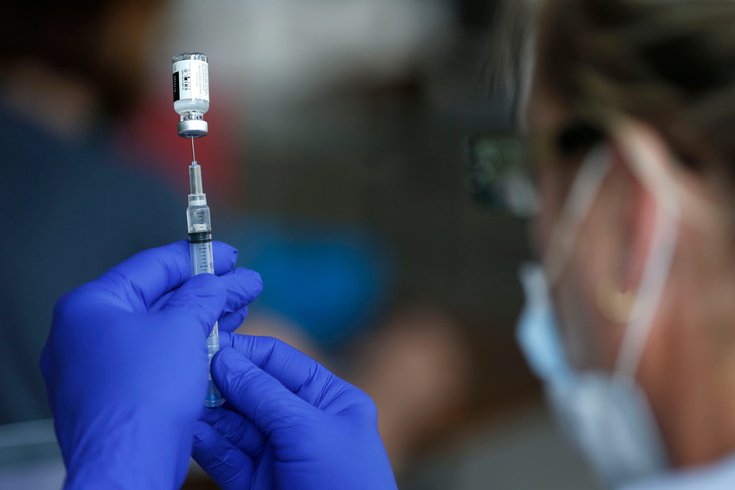 A national poll shows that those who have not yet been vaccinated against COVID-19 say they likely will not get the shot at all, citing doubts that it will protect against the delta variant of the virus.

As coronavirus cases rise across the country, a recent poll shows that most Americans who have not been vaccinated against COVID-19 say they are unlikely to ever get the shot.

Thirty-five percent of American adults who have not yet received a vaccine say they probably will not, while 45% say they definitely will not, the poll from The Associated Press-NORC Center for Public Affairs Research showed.

Responders of the poll said they don't think the vaccine will protect them against the delta variant, despite evidence that it does. In fact, 64% of unvaccinated adults said they had little to no confidence the shots are effective against the variants, like delta,

In Philadelphia, 73.9% of the adult population has received at least one dose of the vaccine, public health data shows. Nearly 61% of the population is fully inoculated.

However, the fast-spreading delta variant caused Mayor Jim Kenney to recommend masks for all indoor spaces, regardless of vaccination status, because of more children reporting positive COVID-19 cases.

Authorization for children to receive the COVID-19 vaccine is likely not going to happen until the fall, officials say, as clinical trials are still underway for both Pfizer and Moderna.

Nationally, more than half of all Americans have received at least one dose of the vaccine, and White House officials say rates are beginning to rise in some states like Arkansas, Florida, Louisiana, Missouri and Nevada.

The AP-NORC poll surveyed 1,308 adults from July 15 - 19. Respondents were selected from NORC's AmeriSpeak Panel, which is designed to represent the U.S.population.