Mothering in times of war: Reflections on attachment and violence 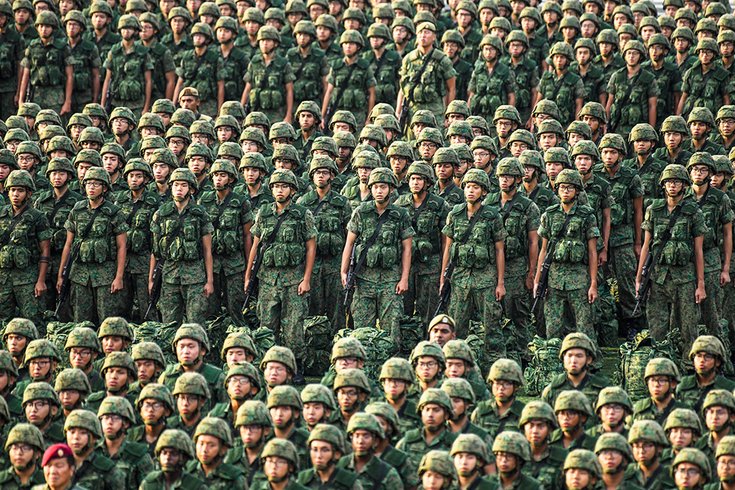 Photo by Menglong Bao /on Unsplash

Two years ago this summer, 40,000 Yazidi, Muslim, and Christian Iraqis desperately sought refuge in the mountains of Sinjar, northern Iraq.

Hungry, thirsty, and running for their very lives, fear poured like sweat down the faces of the besieged. Stories of decapitated children – their small, severed heads mounted on poles – circulated wildly. Told that those seeking refuge were devil-worshippers, ISIS militants intent on "purifying" the land surrounded the base of the mountain. Their black flags fluttered. Their weapons poised.

I couldn’t sleep the night I first read about Sinjar. I imagined a new mother, like myself, holding a small child close.

Will she make it to safety? Will she be able to continue to produce breast milk as stress, fatigue, and thirst take their exacting toll? Her milk provides a singular comfort to her son whose increasingly parched mouth brings mind-numbing terror to her consciousness. Her son seeks to find familiar solace while nestling into the softness of his mother's body. Yet, his mother is tense with worry and the sounds around him are full of fear.

Dozens of children already have died from hunger and thirst amongst those marooned on the mountainside. In neighboring communities, tens of thousands of Iraq's religious and ethnic minorities flee from the expanding territorial grip of ISIS’s brutal regime. If a family is lucky to pass through the ISIS checkpoints intact, without daughters or wives being "married" off to militants, they will have to begin from scratch. Jewelry is taken off of their fingers and their very IDs are stolen away.

If this mother and son survive their traumatic mountain exile, they will be forced to begin anew with nothing but their bond of attachment to guide them.

Then, I imagined another mother.

Her son was six when the US invaded Iraq. The sound of bombs, the impact of suicidal zealots taking out cafes full of neighbors, and the stories of his father's cruel interrogation and imprisonment forever altered his development. The young boy's brain never settled into a natural resonance based upon connecting to others through empathy and understanding. Forever on high alert, his emerging cognitive function also was stunted.

Studies clearly show that even the presence of "mild" violence in the home -- for example, the use of spanking as a form of corporal punishment -- negatively alters a child's developing brain. Imagine the impact of war.

Now this boy is a twenty-year-old young man captivated by the allure of a rigid, self-righteous, and ugly terrorist movement called ISIS. He experiences the intoxicating power of inflicting violence against a scapegoated “other” believed to be responsible for all of the chaos characterizing his lot. The mother watches her son turn into a killer – a killer that chases other mothers and their young sons into the mountains. She weeps.

Such sleepless reflections on motherhood in times of war are sobering. They do more than add needed nuance to the flowers, chocolates, and cards I receive on Mother’s Day. Yes, the events in Sinjar, resulting in massacres, rapes, and kidnappings, are not to be forgotten. Yes, the presence of ISIS in the region continues to wreck devastation. Yet, the study of war’s impact on the development of secure attachment bonds transcends specifics. Such a study examines the root causes of violence as well as our capacity to empathize, both of which are linked to the development of the limbic brain.

The word “limbic” comes from the Latin limbus meaning “edge” or “border.” Together with the neocortex and the reptilian brain, the limbic system forms a triune brain that is unique amongst mammals. The limbic brain is the seat of our ability to feel empathy and nurture complex and compassionate attachments to one another. Originating in the resonance of mother-child attachment, specifically connected to the mammalian practice of breastfeeding, the emerging health of a child’s limbic brain determines her or his relational template impacting all future interactions. Do we trust others? Do we care for others? Do we feel a connection to strangers who suffer? Do we respond with sensitivity to another's pain?

According to professors of psychiatry Thomas Lewis, Fari Amini and Richard Lannon, without a healthy limbic brain we are reduced to the functioning of intelligent reptiles. “…A limbically damaged human is deadly,” they write in A General Theory of Love. “If the neglect is sufficiently profound, the result is a functionally reptilian organism armed with the cunning of the neocortical brain.”

In other words, we are reduced to functioning like those who stand at checkpoints and stare into the eyes of frightened children and feel only the rush of power’s impunity. Limbically damaged people are physiologically incapable of feeling the normal pull of human attachment beckon for the protection of innocent life. Rooted in early trauma and resulting from the absence of the secure attachments formed in infancy and childhood, life without limbic resonance is war.

Consider that young men from besieged communities, in all cultures and all times, have found extremist and militant movements to be an alluring panacea to their profound experience of disenfranchisement and loss. Their limbically damaged brains make them impressionable and vulnerable targets for those peddling the opiate of a “purifying” and violent conquest.

There is “no intrinsic restraint on harming people exists outside the limbic domain,” write Lewis, Amini, and Lannon. “Monkeys deprived of early limbic regulation have lost both neural organization and the capacity for modulated aggression. They are erratically, unpredictably, chaotically vicious.”

Tragically, so too are we.

There are nights I can’t sleep. I imagine a breastfeeding mother on a mountain and a grieving mother who has lost her son to the black masks and sharp swords of ISIS. My heart is heavy with pain. I vow not to dull this ache. I want it to inspire thoughtful and wise action leading to the protection of the most basic attachments upon which our human fate depends.

As we send cards and celebrate mothers, let us remember the mothers trying desperately to nurture the development of empathy in children who only know war. The words of Lewis, Amini, and Lannon again bring insight. Like the wise ones of eras passed, these professors of psychiatry argue that the future of humanity depends on love. Why? Love is “the tether binding our whirling lives.” Without this anchor, “all of us are flung outward, singly, into the encroaching darkness.”