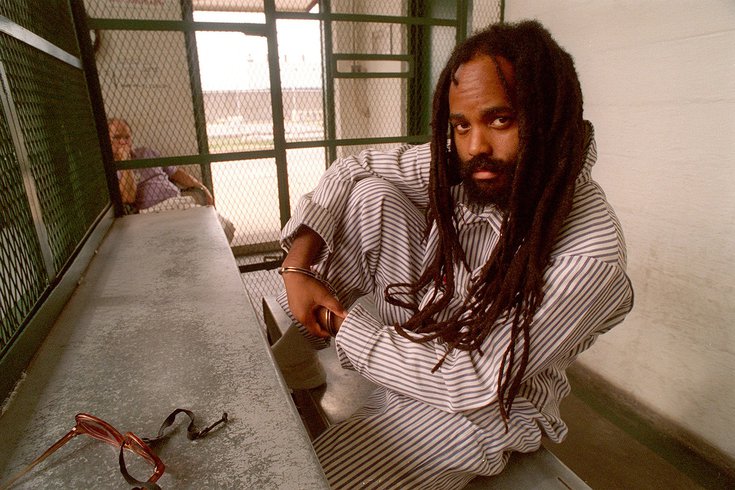 Now 66 years old, Mumia Abu-Jamal has been at the Mahanoy State Correctional Institution in Frackville, Schuylkill County since 1982.

Future appeals to have Mumia Abu-Jamal released from prison will continue to be handled by Philadelphia District Attorney Larry Krasner despite allegations of conflicted interests, the Pennsylvania Supreme Court ruled.

Judge John Cleland, who was appointed to serve as a special master in the case, wrote that Faulkner "failed to establish the existence of a direct conflict of interest" or "an appearance of impropriety" that would prevent the District Attorney's Office from handling such appeals, according to court documents.

That 23-page opinion can be read at the end of this article.

Justice Sallie Updyke Mundy wrote the dissenting opinion, and the three remaining justices did not partake in the decision.

"Although the Special Master came to a different conclusion, I believe the factual record developed in the instant proceeding supports removal of the DAO due to the appearance of a conflict of interest," Updyke wrote. "Furthermore, I would remove the DAO now rather than revisit the issue in the future as suggested by the Concurring Statement."

Faulkner's lawyers said that they will continue to watch how Krasner handles future appeals for Abu-Jamal to be freed from prison.

"The Supreme Court of Pennsylvania knows Larry Krasner and others in the DA's office have profound legal conflicts of interest and an overt bias in favor of my husband's killer," Faulkner said in a statement obtained by KYW Newsradio.

"We demonstrated each of those to them beyond any doubt," she continued. "But three justices chose to look the other way. That's the tragedy for today. It will undoubtedly fuel greater tragedies for victims of violent crime in the future."

Abu-Jamal shot and killed Philadelphia police officer Daniel Faulkner on Dec. 9, 1981. He was found guilty of first-degree murder and sentence to the death penalty in 1982. Abu-Jamal, now 66, has been at the Mahanoy State Correctional Institution in Frackville, Schuylkill County, ever since.

In 2011, the Philadelphia District Attorney's Office under Seth Williams said it would no longer fight Abu-Jamal's appeals to the death sentence and agreed to re-sentence him to life in prison.

John McNesby, the president of the Philadelphia Fraternal Order of Police Lodge 5 said the union was disappointed by the supreme court's decision. "(B)ut we've suffered setbacks in this case in the past and we'll continue to fight for Maureen, the entire Faulkner family and Philadelphia police officers,"

"We are on the right side of justice in this case and we believe convicted cop-killer Mumia Abu-Jamal should remain in prison for the rest of his life," the city's police union chief said.

High-profile activists, like Colin Kaepernick, have sought to overturn Abu-Jamal's conviction. A demonstration calling for Abu-Jamal's freedom has been held annually in Philly on the Fourth of July by MOVE since 1984.