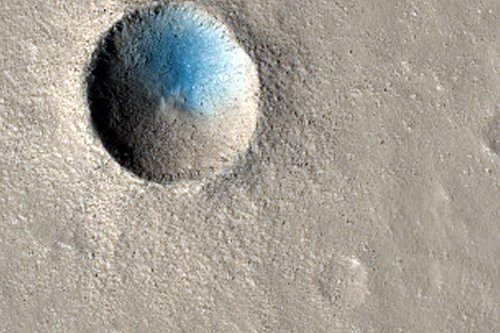 Every day, the elusive mysteries of Mars move a step closer to human comprehension thanks to NASA's Mars Reconnaissance Orbiter and the robotic Curiosity Rover, which have been monitoring the Red Planet since 2006 and 2012, respectively.

Amid a year of promising breakthroughs — evidence of summertime water flows, ancient lakebeds and booster rockets for future manned missions — the space agency has released 1,035 new images from its HiRISE camera.

While the planet itself is primarily red and brown dust, NASA scientists use colorful details to explore the topographical features of Mars from as close as a few feet. We still don't know what's up with the "Dark Lady" allegedly spotted by Curiosity, unfortunately.

Below are five of the most compelling photos from NASA's latest batch.

The full gallery is available here.