In a city that loves its underdogs, maybe we've taken this obsession a little too far 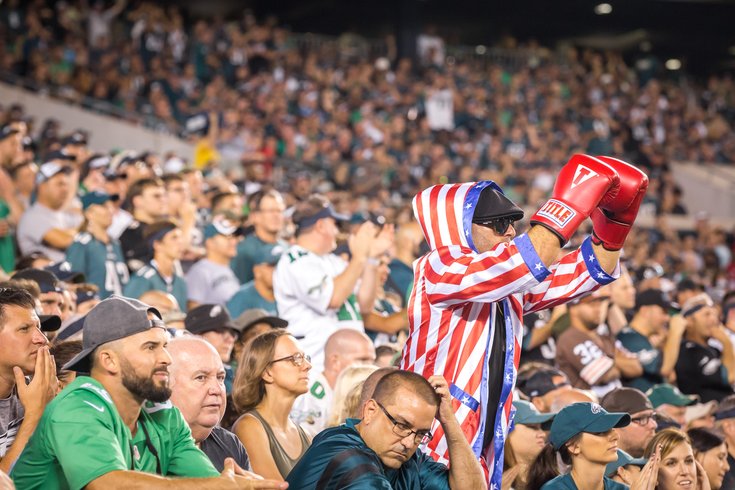 Probably should've saved this one for the week of July 4th. Meh.

After a wretched 37-31 loss to the Miami Dolphins, the Eagles have officially reached the WTF point of their season in Philadelphia.

The fan base, rightfully so, is scrambling to figure out exactly where to place the blame for a season that has unraveled at a stunning pace. As fans, it’s easy to long for the past. It’s easy to think about the time in Philadelphia not so long ago when Nick Foles carried the Eagles to the Super Bowl, delivering the highest high Philadelphia sports fans have ever felt.

With Wentz’ struggles this season, it’s even easier to see how fans can wish to be back in 2017 again.

What’s not easy to see is how calling for Nick Foles now is a rational thought in the mind of any fan. Foles, now benched after returning from a broken collar bone, for the Jacksonville Jaguars, is not and would not be a savior for this season that is plagued with issues.

We need to stop being disillusioned with backups in Philadelphia. I’ve dubbed this mindset “The Rocky Complex."

We as Philadelphians are conditioned to cheer and long for the underdog to come and save us. To be fair, it happened, but time and place is everything. Just because Foles personified Rocky in his 2017, doesn’t mean that in present time he has the ability or health to do it again.

In order to progress as a winning fanbase, we have to change our mindset to think logically about the current state of affairs. Per Reuben Frank of NBC Sports Philadelphia, under Doug Pederson, the Eagles' offense averaged 23.4 points per game with Nick Foles and 24.7 with Carson Wentz. While your feelings and frustrations about this season may lead you to yearn for Foles, numbers don’t lie.

The belief that Foles would be better this season for the Eagles is based entirely on feeling, not fact.

The Rocky Complex also includes the simultaneously strong conviction and irrational fear that athletes who are past their primes, and deemed so by the organizations they work for because of their performance, will suddenly play unrealistically well against us and revert magically to their past condition and performance of their glory years.

With the NFC East still miraculously in our grasp, as we head into Monday night’s game against the Giants, do not let the Rocky Complex cloud your judgment if the Eagles do indeed face starter-turned-backup Eli Manning.

Again, the numbers do not lie.

Most QB losses to 1 NFL team (counting playoffs) from @EliasSports:

Eli Manning has the most losses as a QB to the Eagles in the history of the NFL.

At 21 losses, as a starter, Eli Manning has the most losses as a quarterback to the Eagles.

Could the Eagles still lose the game Monday night? Yes. Should they? No.

The Eagles have not performed up to expectations and as the team grinds through the rest of the season, try and save yourself the mental grief by keeping things in perspective. There are plenty of things to be frustrated about, but not having Nick Foles anymore shouldn't be one of them.

Respect the past but focus on today — and hope to God the Birds can salvage what's left of the remainder of their season.

MORE: The evolution of this gross Eagles season, week-by-week, in stick figure form