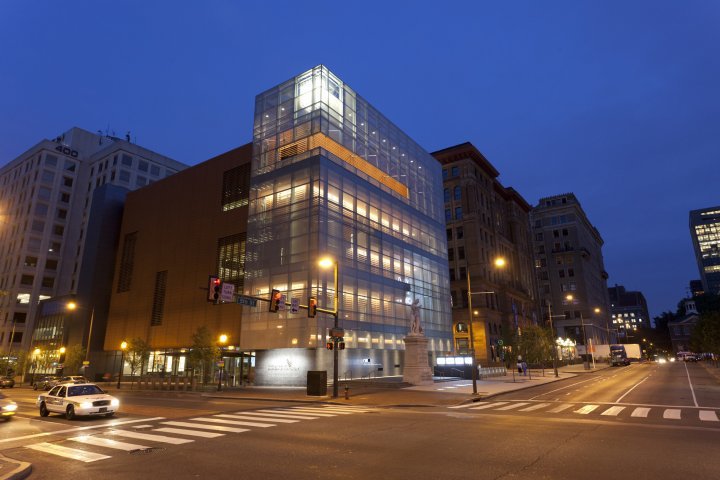 Stuart Weitzman's donation will allow the National Museum of American Jewish History to buy back its building at Independence Mall and establish an endowment fund that will help support future exhibits and other activities.

The National Museum of American Jewish History in Philadelphia is receiving a significant financial boost from shoe entrepreneur Stuart Weitzman, as the cultural institution emerges from bankruptcy and seeks to finally reopen its doors amid the COVID-19 pandemic.

The organization will be renamed the Weitzman National Museum of American Jewish History after the designer donated an "extraordinary new gift" to the institution, NMAJH CEO Misha Galperin wrote. The donation amount was not disclosed, per a request from Weitzman.

Weitzman's investment will allow the museum to buy back its 100,000-square-foot building at Independence Mall after the institution was forced to sell it during an 18-month-long bankruptcy process. The financial commitment will also establish the Stuart Weitzman Endowment Fund, which will help support future exhibits and other activities at the museum.

A graduate of the University of Pennsylvania's Wharton School, Weitzman initially became interested in the museum through a letter written by George Washington to the Jewish community in Newport, Rhode Island, the Inquirer reported. The letter was included in a museum exhibit from 2012 about the former president and religious freedom.

Weitzman and his family donated $1 million to the organization in 2018. The museum's First Families gallery has since been named in honor of Weitzman's family.

In recent years, the National Museum of American Jewish History has experienced significant financial troubles, which have only been exacerbated by the COVID-19 pandemic.

The museum filed for Chapter 11 bankruptcy in March 2020 after it was roughly $30 million in debt. Most of the organization's outstanding payments stemmed from its $150 million building project in 2010.

The institution had planned to remain open during bankruptcy proceedings, but in-person museum operations came to a halt shortly thereafter due to the COVID-19 pandemic. The museum has yet to reopen since the onset of the public health crisis.

As a result of the pandemic, the organization was forced to lay off most of its staff. Additionally, the museum's bankruptcy proceedings prohibited it from receiving any funding through the federal Paycheck Protection Program.

But the museum was able to exit bankruptcy in September with almost no debt after a number of benefactors forgave $14 million in loans that the organization had to pay back and covered the institution's legal fees. The museum was also able to reach a settlement with its bank in which it only had to pay back $10.5 million of the $17 million it was on the hook for.

In order to come up with the funding, the museum sold its building in Philly's Historic District to former board of trustees member Mitchell Morgan. Since the sale, the museum has paid Morgan $1,000 per month to lease the building. But Morgan said that the museum could buy back its building at the corner of 5th and Market streets at any time within the next 42 months.

With more financial stability going forward, the National Museum of American Jewish History hopes to reopen its physical space to the public soon. Since pivoting to online-only operations, the organization has seen more than four million people interact with its online exhibitions, educational programs and tours.

The public can financially assist the organization by contributing to its annual fund, which helps support exhibits, educational activities and other museum programs.