All it took was a couple of games for LSU freshman Ben Simmons to take over college hoops. A 6’10” point forward, Simmons’ passing and open-floor skill have already made him the subject of many a Vine. If the 19-year-old Aussie isn’t considered the unanimous top NBA prospect at this early stage of the game, it’s close enough.

I hadn’t seen Simmons play all that much, even in his first three college games (all wins against cream puff opponents). In the Legends Classic semifinal against Marquette on Monday night, the level of Simmons’ competition got dramatically raised. The Tigers lost to Marquette 81-80, which means they probably would lose to Villanova by 40  (I kid, sort of). It’s clear that Simmons doesn’t play with the type of supporting cast that Skal Labissiere and Jamal Murray have at Kentucky.

•    Holy cow, can this guy pass. With the amount of open threes and layups he created, Simmons should have finished with way more than seven assists. On the ESPN broadcast, Kara Lawson (very good at her job, bee tee dubs), made a nice point about Simmons’ gravity effect on opposing defenses. He’s obviously not nearly as good as LeBron James, but the way that Marquette’s entire defense loaded up and concentrated on him was reminiscent of the king. So is how Simmons’ passes, simple or difficult, always seemed to be right on the money:

Maybe the prettiest assist that wasn't an assist you'll ever see😩 #Simmons pic.twitter.com/UBdPfQVDCW

•    More than a couple of times that Simmons got the defensive rebound, he was terrifying pushing the ball in the open court. A few times he got layups for his teammates. Other times, he got a layup or a trip to the line for himself. Once, he did this: 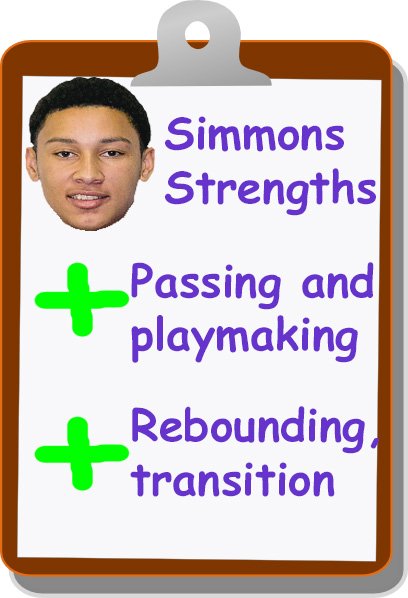 •    Simmons took one midrange jumper (and missed), but he hasn’t attempted a three all year. He saw this type of defense all night:

Marquette/Ellenson playing "dare you to shoot it defense" on Simmons. Should get used to it. pic.twitter.com/574Ef4O7cg

Against Marquette, he was able to score a couple of times by jumping over and “out-athleting” the man guarding him, but I will be interested to see what happens when he meets a defender as physically gifted as him playing five feet off. Kentucky, for instance. It might not happen this year, but Simmons is going to need a jumper to reach his full potential as an NBA player.

•    For all of the great work Simmons did on the glass, he didn’t really guard anybody. Highly touted Marquette freshman Henry Ellenson simply shot right over Simmons for easy buckets a couple of times. You’re going to have to lay off a few times when playing all 40 minutes in a college game, but Simmons was passive far too much in this one. At some point, you would like to see a little more attention to detail on defense. 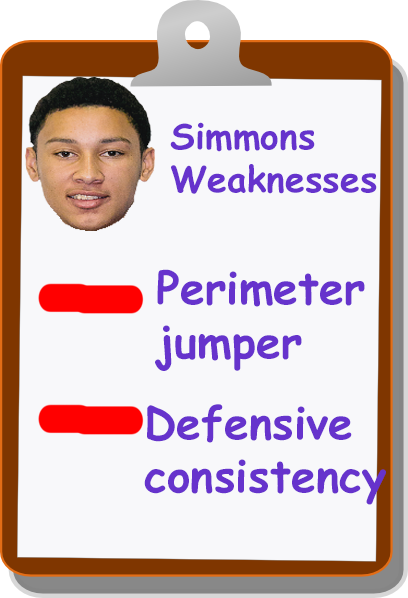 Simmons and LSU will take on NC State Tuesday at 5:30 p.m. in the consolation game on ESPNU.