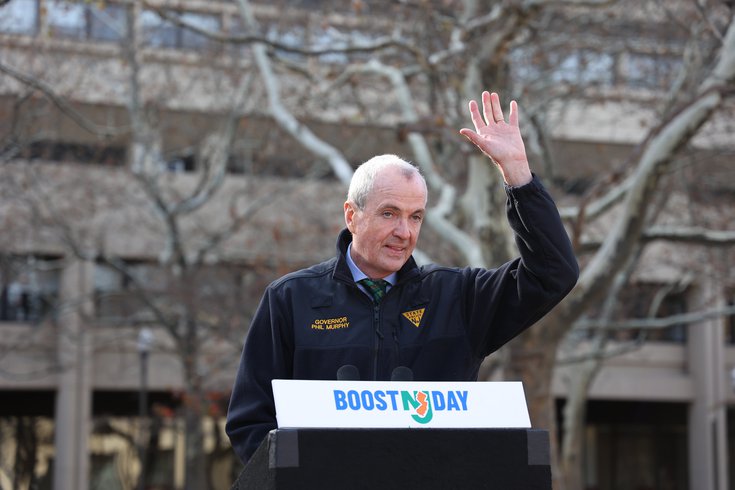 New Jersey's Department of Health released data on the state's breakthrough COVID-19 cases for the first time on Wednesday, showing that infection rates and hospitalizations are more than three times lower among residents who have received a booster vaccination compared to those who have only had a primary dose of COVID-19 vaccine.

New Jersey residents who have received COVID-19 booster shots are more than three times less likely to be infected or hospitalized by the coronavirus, according to data released by the state Department of Health.

This marks the first time the state has released data on breakthrough cases since all adults became eligible for boosters on Nov. 19.

Of the roughly 2.3 million residents who had received a booster dose, 19,360 tested positive for the virus between Dec. 6 and Jan. 2. That's compared to 113,775 breakthrough cases among the nearly 3.9 million people who received only a primary vaccination course.

"The rates of infection and hospitalization for those with boosters is more than three times lower than for those who have only a primary vaccination," Gov. Phil Murphy tweeted.

BREAKTHROUGH CASES UPDATE: Today we are reporting, for the first time, information on breakthrough infections for those who have received their boosters. pic.twitter.com/Tup8h8aM3Y

The U.S. Centers for Disease Control and Prevention says that breakthrough infections are expected, as vaccines do not have a 100% rate of protection.

The data release came as New Jersey and the surrounding region has begun to see a steady drop in COVID-19 cases after the omicron variant caused a record-breaking surge. New Jersey reported 8,467 new cases Wednesday, down from just over 9,000 Tuesday. A week ago, that number was more than twice as high, with 19,454 new cases reported last Wednesday.

South Jersey is also beginning to see drops in new case counts, with Burlington, Camden and Gloucester counties all reporting the lowest case counts seen in a week.

Though health officials across the region have warned that it may be too soon to tell if the omicron variant has peaked, recent numbers continue to look promising.

Murphy reinstated New Jersey's state of emergency order on Jan. 11 in order to provide additional assistance to hospitals that are continuing to struggle with the current surge. The order also allows the state to continue vaccine distribution, testing requirements and resource allocation to schools and childcare centers.

"COVID-19 remains a significant threat to our State and we must commit every resource available to beating back the wave caused by the omicron variant," Murphy said at the time. "While we hope to return to a state of normalcy as soon as possible, the step I am taking today is a commonsense measure that will protect the safety and well-being of all New Jersey residents while allowing state government to respond to the continuing threat that COVID-19 poses to our daily lives."