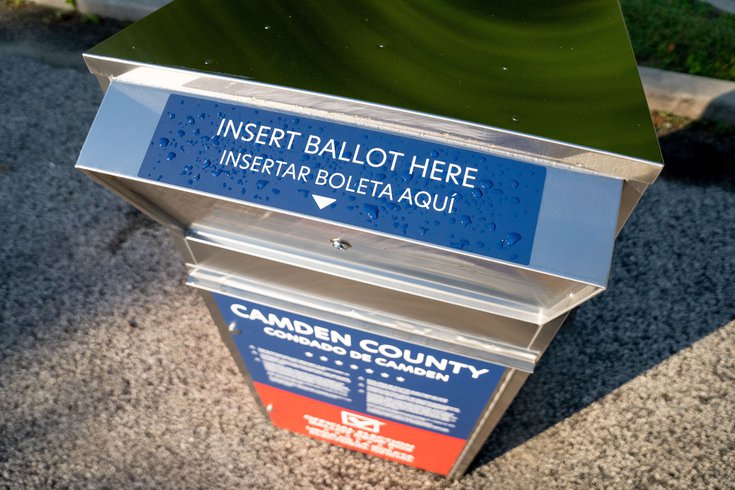 New Jersey officials have established ballot drop boxes as part of the state's efforts to encourage voters to submit mail-in ballots for the Nov. 3 election being held amid the COVID-19 pandemic. .

Mail-in voting can proceed forward as planned in New Jersey, a federal judge ruled Thursday, striking a blow to President Donald Trump's efforts to curb the practice across the country.

U.S. District Court Judge Michael Shipp dismissed a lawsuit that claimed Gov. Phil Murphy's plan to mail every registered voter a ballot for the general election would lead to voter fraud. The Trump campaign filed the suit in August.

"The Court has carefully considered the parties’ submissions and decides the matter without oral argument," Shipp wrote in his ruling.

"Governor Murphy acted responsibly and decisively to ensure that all voters would have the chance to exercise their right to vote in this year's election, either by mail or in person," Murphy’s chief counsel Parimal Garg said. "We are grateful for today's decision by a federal judge dismissing the Trump campaign's lawsuit."

“President Trump won in New Jersey when he protected its citizens from Governor Murphy’s illegal power grab, resulting in his liberal legislature having to bail him out," said Trump campaign deputy national press secretary Samantha Zager.

"Now Murphy has the unsolicited vote-by-mail system he wants — the same one that brought tons of fraud in the Paterson election, saw 1,666 ballots from the primary magically show up months later, has a Post Office worker dumping ballots into dumpsters, and now shows nearly 7,000 voters receiving the wrong ballots for the general election."

The Republican National Committee and the New Jersey Republican State Committee joined the lawsuit. Trump's claims of voter fraud have been deemed baseless and unfounded.

Mail-in ballots are playing a bigger role in New Jersey's general election due to the COVID-19 pandemic. More than 2 million New Jersey voters already have submitted their ballots, according to state officials.

The state has set up ballot drop boxes and prepaid the postage for all mail-in ballots. A limited number of polling places will be open on Election Day. The changes are designed to help ensure the safety of voters and poll workers amid the public health crisis.

"Today’s ruling affirms that Governor Murphy acted responsibly in setting up a system that balances the need to allow New Jerseyans to exercise our sacred right to vote while protecting public health during this challenging time," Democratic state party Chairman John Currie said in a statement.

"President Trump and the Republicans here in New Jersey who stood with him were interested only in sowing division and trying to undermine faith in our electoral process, and I’m glad to see the court ruled against them and stopped their partisan, cynical attack on our democracy."

New Jersey has not voted for a Republican presidential candidate since 1988, when George H.W. Bush was elected.