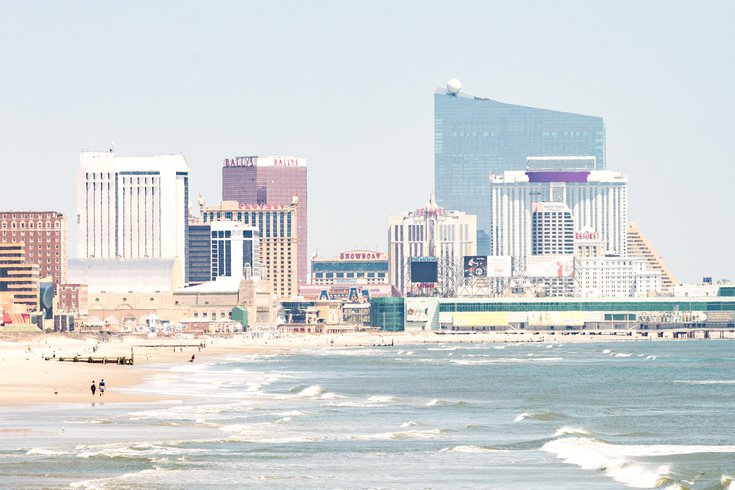 A temporary hospital containing 250 beds will be set up at the Atlantic City Convention Center to treat coronavirus patients. The makeshift facility is part of New Jersey Gov. Phil Murphy's plan to increase the state's hospital capacity during the COVID-19 outbreak.

A temporary hospital will be set up at the Atlantic City Convention Center to house South Jersey residents in need of non-coronavirus care, Gov. Phil Murphy announced Wednesday.

The 250-bed facility in Atlantic City is part of a plan to establish temporary facilities in each of the state's three regions. Two other hospitals will be added at the Meadowlands Exposition Center in Secaucus, Hudson County, and the New Jersey Convention and Exposition Center in Edison, Middlesex County.

Together, the three facilities will add 1,000 beds. Murphy said that the temporary hospitals should be up and running “in just a matter of days and weeks.”

“These steps will allow us to expand hospital capacity rapidly in the short-term and ensure both a proper continuum of care for those residents who will need it, and greater flexibility for our health care system to respond to this emergency,” Murphy tweeted.

The current plan can be adjusted if the situation changes across the state, Murphy said.

New Jersey has confirmed 4,402 COVID-19 cases, the second-most of any state, and 62 deaths as of Wednesday afternoon. The majority of them are in North Jersey – not far from New York City, the epicenter of the United States' coronavirus outbreak.

Though the state's hospitals currently are meeting the needs of New Jersey patients, Murphy warned that they eventually could become overwhelmed by coronavirus patients.

New Jersey currently has 18,433 acute care beds and an additional 2,000 beds for critical care, Murphy said. State officials want to increase that capacity by 2,360 beds over the next several weeks.

“We have been working aggressively to rapidly expand hospital capacity,” Murphy tweeted. “Make no mistake, we are in the fight to save lives.”

Murphy also announced that he has signed an executive order mandating child daycare centers shut down by April 1 unless they are caring for children of essential workers who are still reporting to their jobs.

“It is my fervent hope that these preparedness measures remain just that – measures of preparedness,” Murphy tweeted. “But we will be prepared. We will not be left scrambling. We will be ready to act decisively to protect the health of our residents.”

Watch Murphy’s daily briefing on the coronavirus crisis below:

South Jersey has 149 confirmed cases of the coronavirus, as of Wednesday afternoon. Camden County has 61 cases, Burlington County has 48 cases and Gloucester County has 23 cases. Atlantic, Cape May, Cumberland and Salem counties have 17 combined cases.