At Apple's "Spring Forward" event in San Francisco on Monday, CEO Tim Cook called the Apple Watch "the most personal device we have ever created."

While Apple is focused on finally pushing wearable tech into the mainstream, the company also revamped its signature laptop to fulfill what Cook called the changing definition of portability.
Weighing in at just 2 pounds, the new MacBook is 24 percent thinner than the 11-inch MacBook Air and introduces several new features offering compact utility without sacrifice of quality or design. 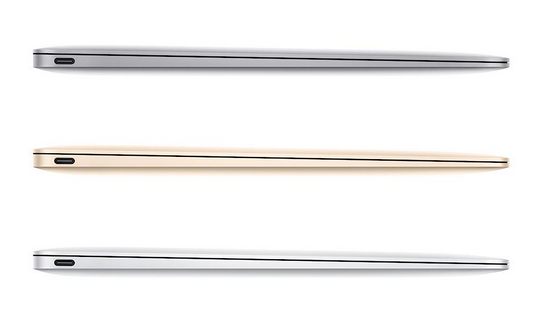 Apple developed the new MacBook with a 12-inch Retina display, offering a visual upgrade over the Air that immediately boosts its appeal when paired with the lighter frame. Also new is the inclusion of just a single, reversible USB-C port, which charges the laptop, sends HDMI video to an external display and transfers data at USB 3 rates. As The Verge points out, Apple is encouraging wireless connectivity using Wi-Fi and Bluetooth, a bold step for a laptop when USB-C is only now beginning to be featured on tablets and phones. With iCloud and AirDrop, however, the need for multiple ports on Apple devices has become less of a necessity than in the past.
The most impressive aspect of the new MacBook is its internal miniaturization by engineers, who shrunk the logic board to free up space for additional batteries, eliminated vents and fans and consolidated the antenna inside the base of the device. The resulting energy improvements help maintain screen brightness and performance to sustain a nine-hour battery life. The remarkable redesign is described in the video below that ran at Monday's event.
Apple's use of the Intel Core M, an ultra-low power chip found in some hybrid tablet devices, has drawn criticism given the new MacBook's $1,299-$1,599 price tag. On the other hand, looking at it this way might be missing the point, The Next Web argues.

This new MacBook doesn’t exist to be a powerhouse or an all-day workhorse for the geeks. Not at all; it exists to be the go-to device for people that lug around their laptops all day and don’t care about specs as long as their computer does what they want it to do.

If that's the case, then not caring about specs will still deliver buyers an extremely refined and reliable experience that meets the demands of a portable lifestyle. 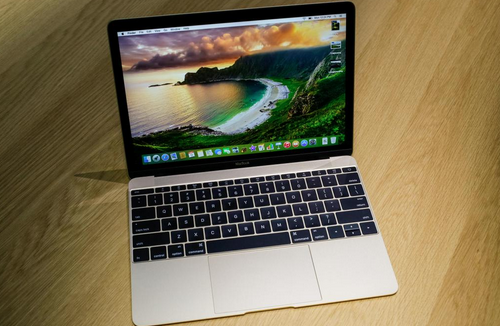 For a complete rundown of new features - including a full-width keyboard, a redesigned trackpad with more sensitive touch feedback and the choice of three frame colors - visit Apple's site for the new MacBook, which is available April 10.