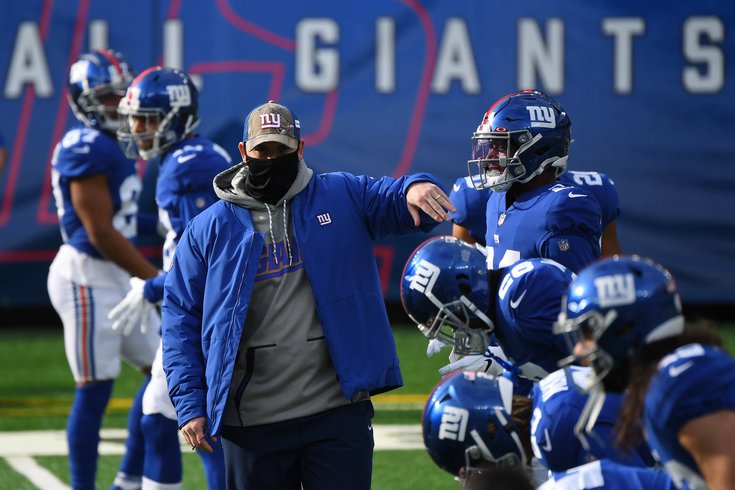 "Whaaaaahhhh, we had to wear masks and be woken up at 6:30am to be told we didn't have to go to work."

The 2020 NFL not-so-regular season is in the books, and what a weird journey it was. We have two obituaries, and for the first time since 2012, we have to revive a team back from the dead. Let's just get to it.

Giants (6-10): I will always remember the 2020 New York Giants for pathetically bitching because a divisional rival didn't try to escort their bullshit 6-10 team into the playoffs.

The charge was led, of course, by their head coach, Joe Judge. Surely, you've all seen this rant already, but if not, enjoy!

“To disrespect the game by going out there and not competing for 60 minutes and doing everything you can to help those players win, we will never do that as long as I’m the HC of the Giants." pic.twitter.com/IFQIMeb28H

Let's break that down, line by line, shall we?

Yep, they're in line to make millions of dollars, and their families of course benefit from that as well. Go on...

"All right, so, to look at a group of grown men who I ask to give me effort on a day in day out basis, and empty the tank, and then I can look them in the eye and assure them that I'm always gonna do everything I can to put them in a competitive advantage and play them in a position of strength, to me, you don't ever want to disrespect those players and their effort and disrespect the game. The sacrifices that they made to come into work every day and test before coming in, to sit in meetings spaced out, to wear masks, to have shields over those masks, to go through extensive protocols, to travel in unconventional ways, to get text messages at 6:30 in the morning, telling practice will be canceled, we have to do a virtual day."

OMG, they wore masks?!? They had to sit further apart? They had to get text messages at 6:30 a.m.(!) informing them they they didn't have to go into work? Oh, the humanity! 😱

(Honestly, that sounds a lot like what my 8-year-old daughter goes through with school.)

"OK, to tell them please don't have your family over for Thanksgiving. Please avoid Christmas gatherings. We know it's your wife's birthday, but let's make sure we put that one off until the offseason. There's a number of sacrifices made by all the players and coaches in this league. There's a number of sacrifices that come along as well with the family members and people connected to them."

Wait, you're still going with various things that literally everyone is affected by as a result of COVID?

"To disrespect the effort that everyone put forward to make this season a success for the National Football League, to disrespect the game. By going out there and not competing for 60 minutes and doing everything you can help those players win. We will never do that as long as I'm the head coach of the New York Giants."

Alright then, you're on record! If somehow you have the division wrapped up in the future and you're locked into your playoff seeding, I guess we'll see Saquon Barkley not only suit up, but get as many carries as he normally would, no matter how meaningless the game may be. Congrats on committing to that for the rest of your Giants tenure. 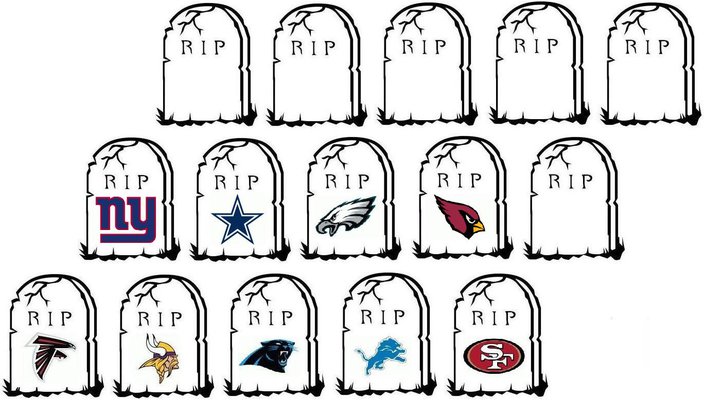 7) Football Team (7-9): The following is what the Eagles' starting lineup looked like in May, after free agency and the draft:

Only 7 of those guys played on Sunday night, and the Eagles still had to pull Jalen Hurts to lose the Football Team.

6) Bears (8-8): I'm sorry for killing you off prematurely, Bears. I had no idea the NFC was going to be such trash that an 8-8 team would get in as a wildcard.

On the #Rams & QB Jared Goff: While no one has ruled Goff out for Saturday vs. the #Seahawks, it’s expected to be challenging for him to play. He was able to throw Sunday, which is good. But 12 days after thumb surgery, in the cold, it'll be difficult. Could be more John Wolford.

I'm not the biggest Goff guy, but, I mean, come on.

4) Seahawks (12-4): With John Wolford starting, this dirty-ass team won't have to try to purposely injure the opposing starting quarterback.

3) Buccaneers (11-5): The Bucs are favored by 8.5 over the Football Team. The only other time a road team has been favored by as many points since 1978 was when the Saints were 10-point favorites over the Seahawks during the 2010 season, when the Seahawks were 7-9.

We all remember that game, I assume?

2) Saints (12-4): In a similar way that the Saints own the Eagles, they also own the Bears, as they are 6-0 against Chicago over the last decade.

1) Packers (13-3): The Packers are the best team in the NFC, with by far the best quarterback. They'll sit back this weekend and hope one of these scrub teams above, like the Football Team or the Bears, pull off some sort of upset win, setting up an easy divisional round matchup.