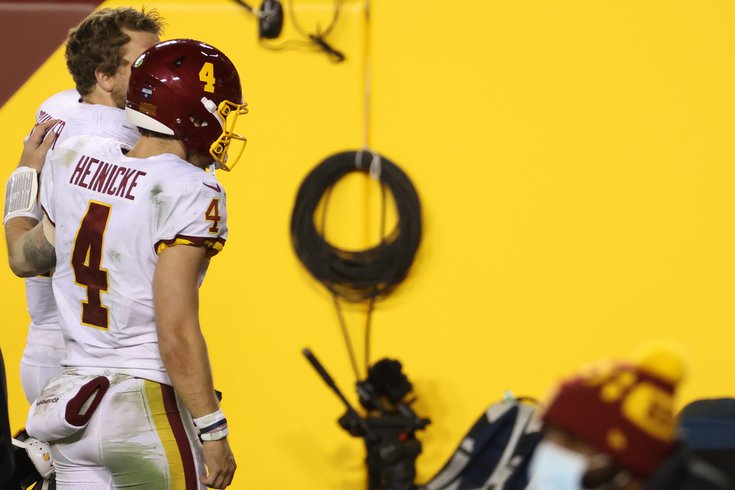 The first round of the NFL playoffs is in the books, with the Seattle Seahawks, Washington Football Team, and the Chicago Bears seeing their seasons come to an end.

Football Team: With the Bills, Buccaneers, and Browns all winning playoff games over the weekend, there are now only four teams in the NFL with a longer playoff win droughts than the Football Team:

• 2012: They went 10-6 in Robert Griffin III's rookie season, and were quickly wiped out in the wild card round by the Seahawks, with RG3 tearing an ACL. The next closest team in the NFC East was the Giants, at 9-7.

• 2020: They went 7-9, and needed the Eagles to pull their starting quarterback to ensure their win Week 17 for the division. In the playoffs, they were one-and-done in the wildcard round.

The Football Team has a foundation to build on, and that is their defensive line. If they could just find a quarterback, they might be dangerous. Of course, that hasn't exactly been easy for this franchise over the years.

Heinicke actually looked pretty good in the Football Team's playoff loss to the Bucs, and I look forward to watching their fans talk themselves into him this offseason.

Seahawks: Last year in the Wildcard round of the playoffs, a Jadeveon Clowney cheap shot knocked Carson Wentz out of the game.

This year in the Wildcard round of the playoffs, a Jamal Adams cheap shot knocked John Wolford out of the game.

As for the Seahawks' loss to the Rams, I was shocked by how badly Russell Wilson stunk.

Worst QBR when unpressured in a game during the 2020 season

This dirty-ass team deserves to have Wilson turn into 2020 Carson Wentz.

Bears: Back on December 1, we killed off the Bears after they lost six straight games and fell to 5-7. They won three of their last four, and a bunch of other crappy NFC teams faltered down the stretch, so they got in as an 8-8 wildcard.

We were forced to bring them back from the dead, even though they got easily handled in a "win and in" game against the Packers Week 17.

Anyway, I re-read what I wrote about the Bears on December 1, and I'm just going to stick with that for their obituary. 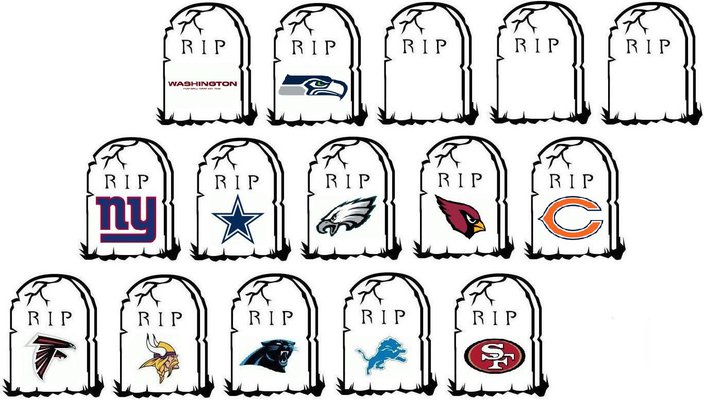 4) Rams: The Rams' secondary is just so good, and it'll give them a fighting chance against the three first-ballot Hall of Fame quarterbacks left in the playoffs in the NFC. But they're at such a disadvantage having to rely on Jared Goff to put points on the board.

3) Buccaneers: The Bucs advanced. Did hands get shook?

2) Saints: The Saints swept the Bucs this season, and I can tell you right now that you're going to hear someone say "It's hard to beat a team three times in a season." That's not at all true when one team already has a 2-0 advantage. Since 1970, there have been 21 times in which two teams faced off in the playoffs after one team swept the other during the regular season. The 2-0 team won 14 of those games.

1) Packers: The Packers had to have loved what they saw from the rest of the action around the league over the weekend, as no teams were really all that impressive. It's crazy how much better the AFC is than the NFC.