NFC Hierarchy/Obituary: The Saints are dead

The NFC now only has one team standing, the Los Angeles Rams, though certainly not by their own merit. In the NFC Championship Game, Sean McVay made one of the most cowardly decisions you'll see in today's modern NFL, especially for a head coach that many perceive as a genius.

On 4th and Goal from the 1 (more like the half-yard line), with 6:04 to play in regulation, trailing 20-17, McVay opted to attempt a game-tying field goal rather than go for the touchdown and a four-point lead. Here are the reasons that decision was awful:

• In 2018, there were 88 times teams faced 4th and Goal situations from the 1. There were 14 cowards who attempted field goals in that situation. On the other 74 occasions, the offense went for the TD. That's 84.1 percent, in a league that still isn't nearly as aggressive as the analytics say they should be.

• Even if your excellent offense can't punch it in, the Saints are going to be backed up at around the 1, or likely inside the 1, especially if the play call is, oh, say, a QB sneak. There's a good chance you're going to promptly get the ball back with good field position anyway.

• By taking the 3, sure, you've tied the game, which is fine and good, but now you're giving the ball back to arguably the best offense in the league, that is especially adept at methodically moving the ball down the field while running clock. And all they need is a field goal to re-take the lead.

As it turned out, McVay's very wrong decision was bailed out by one of the worst pass interference no-calls that I've ever seen, that will be discussed for decades. Otherwise, McVay's offense might not have seen the field again after taking the 3 on 4th and Goal, and the Saints would be headed to the Super Bowl.

As a result, you'll be subjected to countless "McVay is God" pieces over the next two weeks, when if a side judge had simply made the easiest call ever, he'd be getting raked over the coals. That's just kind of how sports go. If Keanu Neal picks off Nick Foles near the end of the first half in the Eagles' divisional round playoff game last year, for example, what is the outcome of that game, and the city's feelings on Foles?

Anyway, let's go ahead and bury the Saints.

The Saints sure were a cocky bunch this postseason. After the Eagles won the Super Bowl last year, running back Alvin Kamara stated that the Saints would have "beat the (expletive) out of (the Philadelphia Eagles)" if they hadn't lost in devastating fashion against the Vikings a season ago.

And it was clear that the Saints were reveling in narrowly beating an injury-depleted Eagles team playing in their third straight road game in as many weeks, as they celebrated by playing Meek Mill's Dreams and Nightmares:

As you know, that was something of the Eagles' anthem during their Super Bowl run last year.

Ooooooh, shaaaaaade. Of course, that was only the divisional round of the playoffs, a far cry from the ultimate prize, which the Saints fell short of capturing. In fairness, as stand-up comedian Brian Brewer pointed out, NFL.com has a great selection of “we didn’t make it to the Super Bowl but we beat the Eagles twice” merchandise, which Kamara is already sporting. 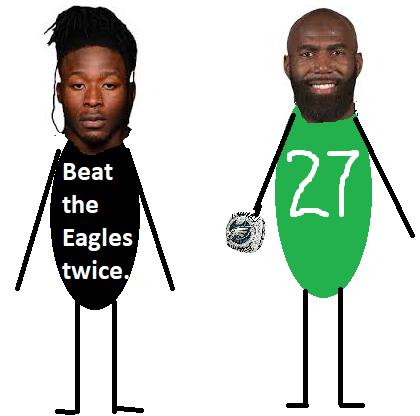 The Saints feel like they were robbed, and they were, which is delicious irony considering their donning of ski masks.

Sean Payton was sad after the game:

“It was simple, they blew the call.”

Saints head coach Sean Payton discusses the explanation he got from the officials about the controversial pass interference no-call. pic.twitter.com/nCCFqFmF5N

You really do have to feel for such a great person. 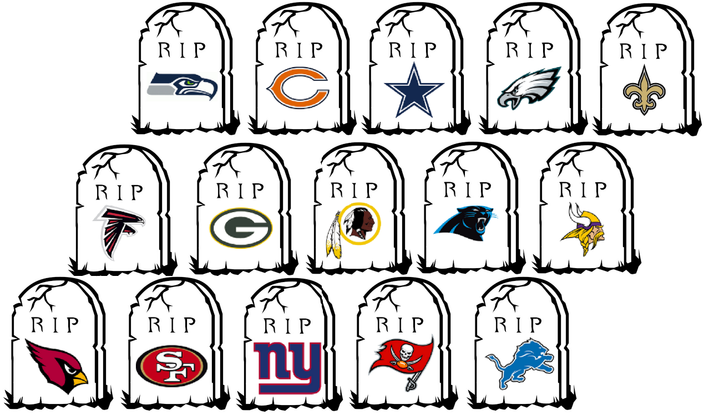