Kurt Warner's son, E.J., to start at quarterback for Temple against Rutgers 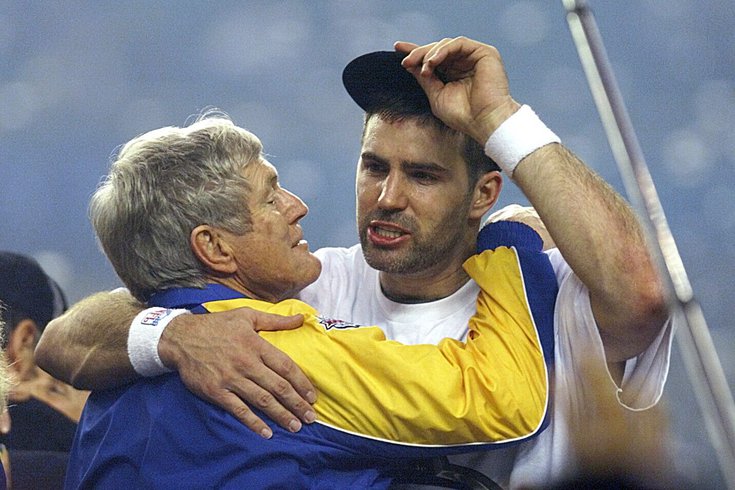 Hey, there were no pictures of E.J. Warner available and this was the best I could do.

Is there a sequel brewing to "American Underdog," the Kurt Warner biopic released last year? Maybe! Warner's son E.J. will be starting as a true freshman at quarterback for Temple when they take on Rutgers at Lincoln Financial Field on Saturday.

ESPN's Pete Thamel first had the report on Saturday morning.

The younger Warner saw his first college football action on September 10 in a 30-14 Temple win over Lafayette. He threw for 173 yards and two touchdowns while replacing QB D'Wan Mathis. He will now make his first collegiate start.

Rutgers is a heavy 18-point favorite against a 1-1 Temple squad. Calling the Owls underdogs might be a bit of an understatement given that line, but, hey, the Warner family knows something about being underdogs.