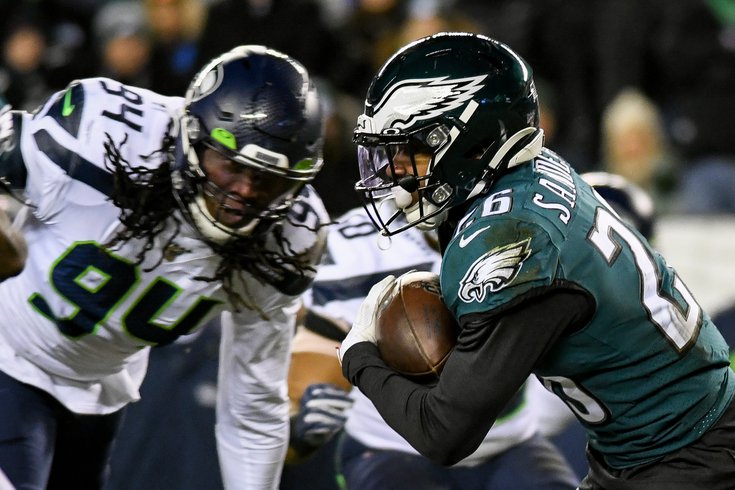 The start of the NFL season is a ways away — and that's if it even starts on schedule due to COVID-19 — but there's never a bad time to look ahead and try to project how your favorite team is going to fare in the year ahead.

Sure, free agency is still going on and the NFL Draft is three weeks away, so we don't entirely know what every team is going to look like when the 2020 season starts. Hell, the NFL schedule is still about a month away from being released, but we already know who the Eagles will be playing this year and where — we just don't know the order in which the games will be played.

But that didn't stop the folks at SportsBetting.ag from putting together spreads for all of their 2020 games. And although you can't yet bet on the games, it's worth taking a early look at how some oddsmakers think this season is going to unfold for the Birds.

First, we'll look at the Eagles divisional matchups, since they're the most important games for any team.

The good news for Birds fans is that the oddsmakers see the Eagles faring quite well in their six NFC East matchups, picking them as favorites in five of them, with the lone exception being their game in Dallas. Furthermore, they have them favored by at least six points in half of their division matchups (both WAS games and at home vs. NYG).

Here's a look at the spreads for each of those games:

Obviously, you want to go undefeated in your division — and beating the Cowboys, who are projected to be competing with the Eagles for the division title, twice would be an ideal scenario — but going 5-1 in your division would be a job well done and likely be enough to earn a playoff spot. It was enough for the Eagles to make it last season (albeit barely).

Of course, it also depends on how do outside the division, and the Birds' non-division schedule is no cakewalk, as five of their 10 opponents made the playoffs a year ago. And some of those who didn't made big improvements so far this offseason, like the Cardinals, or were surprise playoff misses in 2019, like the Rams. And while the oddsmakers think the Eagles will take care of business in the division, they see them struggling outside of it, especially on the road.

According to SportsBetting.ag, the Eagles are currently favored in just three of those ten matchups (all at home). Their game against the Saints is currently listed as a pick-em, while they're two-point dogs at home against the Ravens. After watching what those two teams were able to accomplish last season, this isn't much of a surprise.

On the road, the Eagles are underdogs in each matchup, however, two of them (CLE, PIT) have the Birds getting just one point, which isn't much at this stage, especially considering home teams usually get three points right off the top. But that works both ways, as the Eagles are only three-plus point favorites in two of their non-division home games.

Still, it feels weird to see the Eagles as underdogs against the Browns, although I suspect that won't be the case by the time the season rolls around. Again, it's very early.

Here's a look at the rest of their schedule, sorted by point spread.

To recap, the point spreads suggest an 8-7-1 record for the Eagles (we'll just count the pick-em game against the Saints as a tie for now). Here's a breakdown by projected outcome with home games in bold:

Currently, sports books are projecting the Eagles win 9.5 games, but based on the above spreads, they might have to pull off a couple upsets to hit that over. Now we just have to hope there's actually a season.