NFL odds: How has free agency impacted the Eagles' win total for 2020? 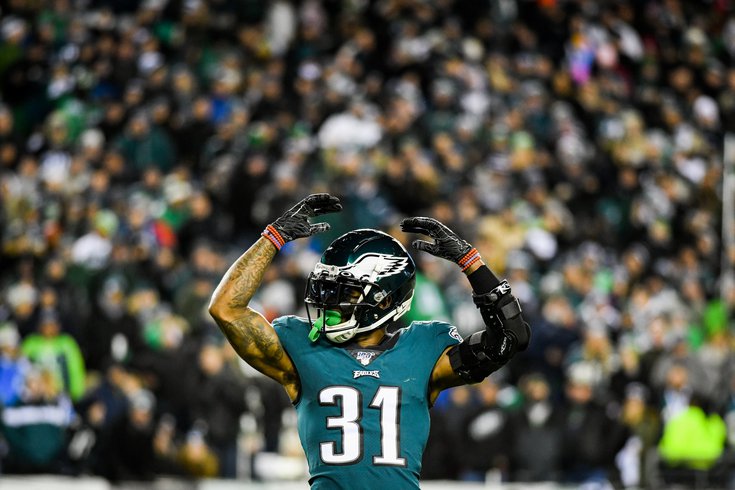 Jalen Mills will be back with the Eagles next season, and will apparently be moving back to safety.

There might not be any actual games going on in the sports world right now, but thankfully, the NFL has kept us busy with an ongoing stream of free agency news and rumors. And with each passing day, it feels like we're somehow getting further and further away from games actually returning and things feeling a little bit normal again.

But the NFL, it appears, is going to be the sport least affected by COVID-19, largely because the outbreak happened during their offseason, and they should have time to ramp back up before the regular season starts in September — at least that's the hope.

And when football does resume, the Eagles, who won the NFC East last year, appear to once again be in a position to take home the division crown. And, as of Tuesday, we have some updated odds for their win totals, as well as some head-to-head win total matchups.

First, let's take a look at the latest win totals, not only for the Eagles but for the entire division, courtesy of BetOnline.ag:

As you can see, the Eagles' total has actually dipped slightly from the opening odds following the Super Bowl, despite a few big additions to the defense, including Darius Slay and Javon Hargrave. (Of course, they also let Malcolm Jenkins go and have yet to add any help on the offensive side of the ball.) The Cowboys' odds, meanwhile, are slightly up, possibly because they were able to bring back both Dak Prescott and Amari Cooper.

That being said, it still looks to be a two-team race in the division as both the Giants and Redskins continue to rebuild — of course, a couple of moves here or there and these odds could quickly change once again.

Now, let's take a look at some head-to-head matchups for team's win totals. How does that work, you ask? Well, here's the explanation from SportsBetting.ag, who came up with this new way of gambling on win totals...

Projecting how many victories a team will tally during the regular season is one thing, but pitting two rivals against each other in the win column is a fun and novel concept in the sports betting world.

SportsBetting.ag has done just that with more than 25 head-to-head matchups. Some odds involve just the moneyline as the teams are expected to win around the same amount of games, but some involve spreads.

For instance, in the first example below, if the 49ers win 10 games and the Chiefs win 11 this bet would be a push. However, if the Chiefs won 12, they would cover the 1-win spread. ...

As it turns out, they had four different head-to-head matchups for the Birds — two division rivals, a cross-state rival, and one that's not really a rival (but there are definitely some connections there).

Will start with that last one, which is a head-to-head matchup with the defending Super Bowl champion Chiefs.

The most interesting takeaway from this is that while the Eagles and Cowboys are each predicted to win 9.5 games, the oddsmakers over at SportsBetting.ag seem to be slightly more confident in the Eagles than the Cowboys.

And really, in late March, isn't that all that matters?