NFL inching toward approving marijuana as pain treatment for players 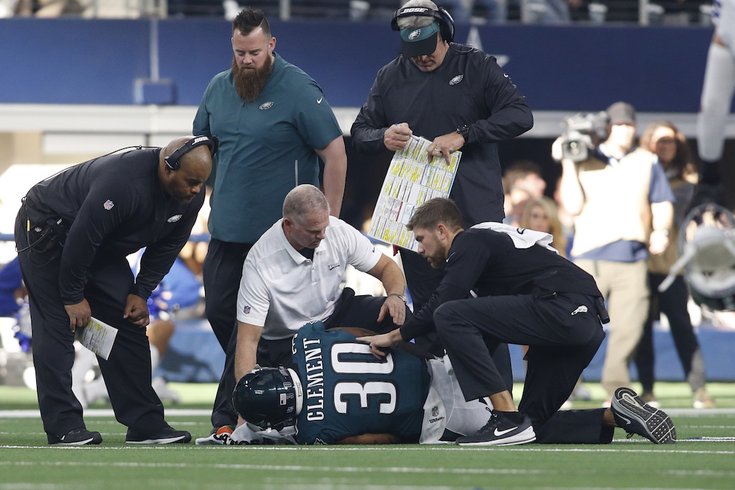 Dec 9, 2018; Arlington, TX, USA; Philadelphia Eagles running back Corey Clement (30) is examined after suffering an apparent injury during a game against the Dallas Cowboys at AT&T Stadium.

There’s no denying that professional athletes' bodies take a beating in the years spent honing their skills and competing at the highest level.

Instead of scribbling prescriptions for an array of opiates to treat players' years of wear and tear, the NFL and the NFL Players Association declared this week that the league has opened its mind to the use of marijuana — a drug currently banned by the league — for pain treatment, USA Today reports.

More specifically, the governing association is calling for a broad study looking into alternative therapies for pain management as a part of the “health, safety and wellness agreement.” This agreement, according to USA Today, was enacted to monitor the use of prescription drugs and support mental health programming.

“We’re asking our pain management committee to bring us any and all suggestions,” Allen Sills, the league’s chief medical officer, told Boston.com. “We’ll look at marijuana.”

In the past, NFL Commissioner Roger Goodell has responded to the many current and former NFL players rallying for league-level marijuana approval by offering to consider it for pain management when it has been backed by science, Boston.com reports.

Marijuana is thought to contain compounds that relieve pain and nausea and treat an array of other symptoms, and there are studies to back up those claims, Medical News Today reported:

A 2015 review of research on the use of marijuana and cannabinoids for various chronic pain conditions reports that several trials had positive results. The researchers suggest that marijuana or cannabinoids may be effective for treating some types of chronic pain including neuropathy (nerve pain).

A research paper from 2016 found that marijuana use for cancer pain led to a 64-percent reduction in opioid use, improved quality of life, and caused fewer medication side effects. It also led to participants using fewer medications.

Of course, if there is an agreement on a new policy on marijuana use, it would take some time to enact — after all, this is something that's been on the table with the NFL for years now.