Philies' Nick Castellanos smokes his first homer of the spring

He did not ruin an apology this time 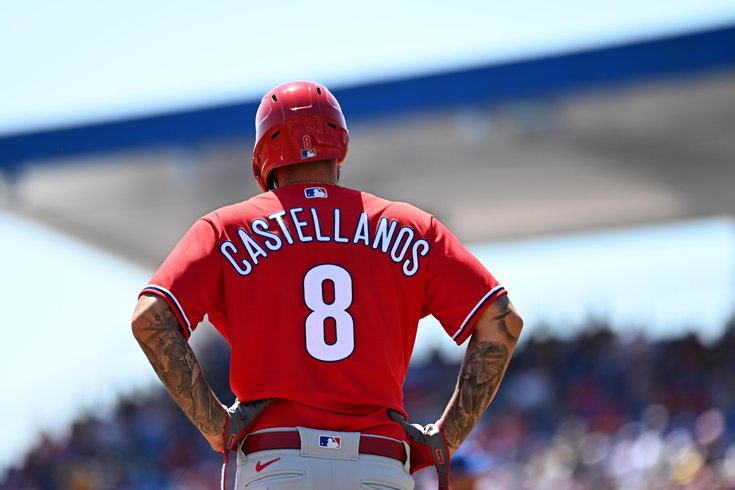 Nick Castellanos smoked his first home run of the spring way over the left field fence down in Clearwater on Monday.

No, he did not ruin an apology this time.

The two-run shot came in the bottom of the first inning with two outs and Bryce Harper on first. Castellanos, batting fourth as the DH, jumped the first pitch he saw from Orioles right-hander Dean Kremer.

No doubt about it as soon as you heard the crack of the bat. Bye, bye, baseball.

Castellanos, who signed a five-year, $100 million contract, made his Phillies spring training debut in Sunday's 10-5 win against Toronto. He notched his first hit in the fourth inning, while the Blue Jays' broadcast was reading off an apology from the club's pitching coach for his DUI charge.

Hits and homers at inappropriate times has become Castellanos' thing in the past couple years. Just a really weird trend to have going for yourself....

Anyway, Kyle Schwarber also hit his first home run of the spring Monday. A solo shot to right-center in the bottom of the third, and Bryce Harper hit two in Sunday's route of the Jays.

The new guys are having some fun today. Kyle Schwarber with a blast. pic.twitter.com/W6yGRVLszo

The Phillies, heading into Monday's game, were hitting a combined .259 average, good for eighth best of all 30 teams in baseball this spring. They also had the eighth most runs scored.