Nick Foles to the Rams doesn't make much logical sense 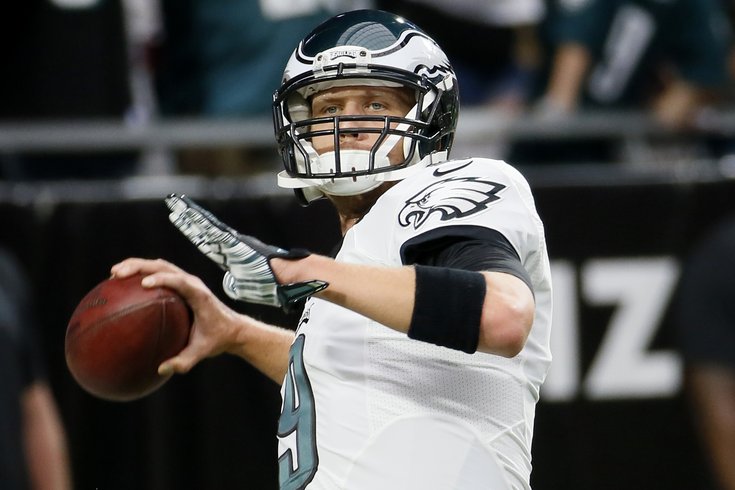 Nick Foles warms up prior to a game against the Cardinals in October.

A report emerged a few days ago from Eliot Shorr-Parks of NJ.com stating that the St. Louis Rams have interest in trading for Nick Foles. The report is logical in the sense that the Rams are certainly prime candidates to target a quarterback this offseason.

In 2014, the Rams suffered through another losing season with Austin Davis at QB after Sam Bradford was lost with an ACL tear, his second in as many years. Bradford has missed almost half his team’s games in the past four seasons. He also has a cap number of $16,580,000 in 2015, which is the final year of his rookie contract. The Rams will almost certainly expect Bradford to take a pay cut. If Bradford is agreeable to lowering his pay, he is still a fragile quarterback with a career 18-30-1 record who must show that he can recover fully from a two torn ACLs.

Eliot is a good reporter, and by no means am I questioning his sources. However, while the Rams are clearly on the prowl for a new QB and may very well like Nick Foles, there are major obstacles in the way to consummating a deal for him.

If the Eagles trade Foles to the Rams, it would almost certainly be an indication that they were targeting a quarterback in the draft, with the obvious player of interest being Oregon's Marcus Mariota. If you note the current draft order, the Rams are drafting 10th. The Eagles are drafting 20th. If the Eagles were to trade up from 20 to 10 at any time before the Rams were actually on the clock, they'd be doing so with no guarantee that Mariota would even still be available at the 10th pick. After all, the Buccaneers (1st overall pick), Titans (2), Redskins (5), Jets (6), and Bears (7) could all be logical landing spots for Mariota. Furthermore, you'd have to worry about teams like the Saints (13), Texans (16), and any other number of surprise teams jumping up ahead of the Eagles at 10 to grab him.

The Eagles could, of course, trade up to 10, and then continue to move up from there, a theory proposed by ESPN's Nick Wagoner:

"It's no secret that Kelly has an affinity for Oregon quarterback Marcus Mariota, the Heisman Trophy winner who Kelly coached before taking the Eagles job. But Kelly and the Eagles are almost certainly well out of range to select Mariota, as they hold the No. 20 overall pick in the draft.

Which might lead us to the crux of the situation. The Rams hold the No. 10 pick in the draft, which is also probably out of reach of Mariota but certainly a lot closer to Mariota's range than the 20th spot. Should Kelly and the Eagles decide to move up to try to get Mariota, they might have to make multiple trades and could dangle Foles as bait in one of those moves."

So the Eagles are going to trade Foles to move up to 10, where they'll have to trade up yet again to get Mariota, leaving Matt Barkley and GJ Kinne as their only QBs under contract. And then they'll just have to hope that...

(A) the Buccaneers don't just take him first overall, and...

(B) other teams in the top 10 don't recognize the absurd leverage they'll hold over the Eagles if they go all in on this "slowly climb the draft order" strategy, and make them fair trade offers. 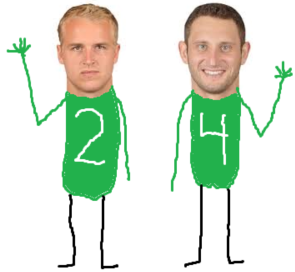 Surely, nothing can go wrong with this approach.

IF Mariota fell to Rams at 10, there's good reason to believe that they'd just draft Mariota over trading away the pick for Foles and change, because...

Many people perceive that Chip Kelly loves himself an athletic QB who can do damage with his legs. While that may certainly be true, that belief has not yet manifested itself at the pro level. During Kelly's tenure, the only two quarterbacks acquired by Kelly from the "outside" who have actually played in an NFL game under Kelly are Matt Barkley and Mark Sanchez, neither of whom are exactly Usain Bolt.

Jeff Fisher, on the other hand, has a long history of coaching quarterbacks who can run.

When McNair moved on from the Titans after the 2005 season, the Titans drafted Vince Young,  another prolific runner early in his career, 3rd overall in 2006. Titans owner Bud Adams clearly wanted Young, but there is debate over how much Fisher was on board with that selection. Still, Young stuck with the Titans for five years before a personal conflict with Fisher left Young on the outside after the 2010 season.

Fisher also coached in San Francisco and Philadelphia when Steve Young and Randall Cunningham, respectively, were running the show. In other words, Fisher coached three of the top five rushing quarterbacks in NFL history (Steve McNair, Randall Cunningham, and Steve Young), plus Vince Young. There is far more evidence of Fisher preferring a quarterback like Marcus Mariota than Nick Foles.

Nick Foles is a different quarterback behind a bad OL

In 2013, Nick Foles' starting offensive line remained the same in every one of his starts. In fact, every single one of the Eagles' OL starters started every game, and they all played at least 92% of the teams' snaps:

That season, Foles did an outstanding job of stepping up or moving laterally in the pocket before delivering on-target throws, as noted in the video below (you may want to mute it before pressing play):

In 2014, the only Eagles offensive lineman to start every game was Jason Peters. Foles was forced to play behind a makeshift offensive line before he was injured in the Texans game.

Behind a makeshift offensive line, when he sensed pressure, Foles' first instinct often was to retreat backward and throw off his back foot. His pocket presence deteriorated.

The Rams' offensive line stinks. It's arguably just as big a need area as quarterback itself. Would a head coach accustomed to mobile quarterbacks be interested in a slower quarterback like Foles, who struggled mightily in the face of pressure a year ago?

Would the Rams (or any team) sign Foles to a lucrative long term deal if they traded for him?

Nick Foles will be in the final year of his rookie deal, and the Rams are expected to bring back Sam Bradford, according to Wagoner:

In St. Louis, it's no secret that the Rams are going to explore all avenues to bolster the depth chart at quarterback. Even though they plan to bring Sam Bradford back, the Rams' search will include an extensive look at all outside options including the draft, free agency and, yes, the trade market.

"There's going to be competition at the quarterback position, there's no doubt," Rams coach Jeff Fisher said at his end of season news conference. "With somebody that is not in the building right now. We're hopeful for that."

Which makes 'Who will be the quarterback(s) brought in to compete with Bradford?' one of the most pressing questions of this offseason.

If you're the Rams, are you trading a valuable asset for a player who is scheduled to become a free agent at the end of the season ... to 'compete' for the starting job? And if you're Nick Foles, what incentive do you have to sign a modest multi-year deal with no guarantee that you're going to start? A contract extension, in the event of a trade, would seemingly be difficult to work out. And if in the best case scenario for the Rams, Foles wins the starting job and plays well during the season, they'd be left with a decision of whether or not to pay an "up and down"player like Foles like a top 10 QB before he hits the open market.

The Rams need a QB, and the Eagles seemingly would covet a rookie who formerly played under Chip Kelly in college. In that regard, a trade of Nick Foles to the Rams makes some sense. But when you drill down, it doesn't seem very likely.