N.J. teen's family throws her a surprise coming out party

And there was rainbow cake 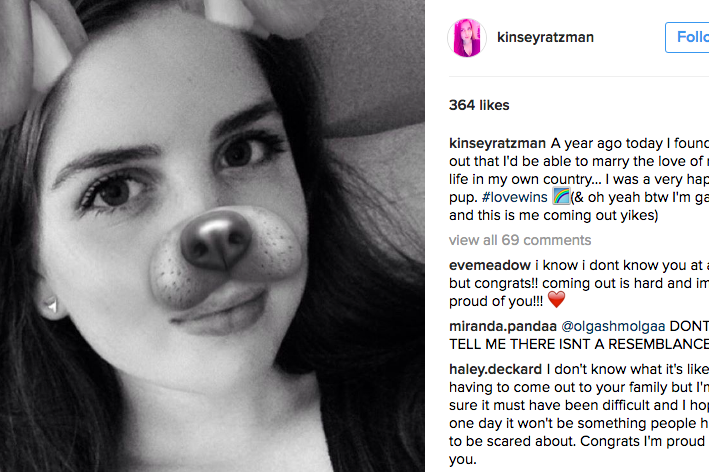 New Jersey teen's family throws her a surprise party after coming out.

The parents of New Jersey teen Kinsey Ratzman deserve to be in the running for the coolest parents award.

Not because they wholeheartedly accepted their 17-year-old daughter when she recently came out to them as gay, but because they took that milestone and made it even sweeter by throwing her a surprise "coming out" party, complete with rainbow cake.

Soon after Ratzman, of Mercer County, came out to her parents, she took to Instagram to share her news with her followers and friends.

She received a lot of social media love for her decision to share her news. For instance, Instagram user EveMeadow wrote on her post, "i know i dont know you at all but congrats!! coming out is hard and im proud of you!!!"

But that wasn't the end of her celebration. According to Ratzman, over the Fourth of July holiday weekend, her entire family surprised her with a coming out party – and because of it, she's since gone viral...for being herself!

My family threw me a surprise pride party bc I came out to all of them lmaoooo 😂🌈 pic.twitter.com/tWBooVKF4S

Kinsey is famous for being herself and having a wonderful family (':